So, various observers and analysts privately agree that they foresee the South African Police Service undergoing a major reorganization within the next 5 to 10 years. They express opinions that the SAPS has shed too much institutional knowledge, has restructured itself in an unsustainable fashion, and is so fixated on ideological management that they have lost focus on reality.

Whether these predictions prove wholly or even partially true, I consider it an excellent opportunity to embark upon an academic exercise to develop a police structure for South Africa. One which would have a real chance at addressing the escalating crime problem facing the country.

Hence, according to the fashion of the day, I have appointed myself Minister of Police and am wielding a broad sword to reshape our ability to combat crime.

Regarding leadership; I would implement a process to ensure that the Commissioner of the SAPS, as well as the Police Chiefs of the various Metro Police departments, were equal in rank, stature and importance. They would be chosen not by the President, but rather by a panel consisting of a policing expert, a Supreme Court justice, the Minister or (in the cases of the metro) the mayor and a citizen’s oversight committee. All of the considered candidates must have no political affiliation, and all must have been serving police officers.

I would implement similar panels to select Provincial Commissioners as well.

For the SAPS specifically, I would insist on it growing up to be an actual national police force, and not a conflicted and poorly executed metro policing agency.

All investigative functions and mandate would be removed from the SAPS. Yes, you heard that correctly: all gone.

OK, so now that we have allocated all the detectives, let’s look at what the South African Police Service should be: a crime prevention organization. In fact, if you think about it logically, that is the most sensible manner to deal with the crime situation. Prevent as much as you possibly can before you have to investigate it. The current visible policing service should then be tasked to do just that – patrol, prevent crime, and support the metro police entities. The specialized visible policing functions should also remain. Border Policing, Public Order Policing, K9, Tactical Response, Intervention, Mounted Police, the Airwing, and the Special Task Force should all be retained to support the various metros. In addition to dealing with their currently mandated requirements they should generally act operationally, and hand the investigative requirements off to the metro policing agencies.

The intelligence component, CIG and CIMC, should be kept as a national focus. But I would create intelligence capacity within the various metros and the Hawks. I would also task the SAPS with running metro-focused and provincial fusion centers to create a collaborative intelligence picture, and support true deconfliction. I would staff this with actual intelligence specialists and analysts as opposed to repurposing police members.

Regarding the VIP or Presidential Protection Service; I actually see no need why these should be police officers at all. There is no reason why a close-protection operative needs to be a law enforcement officer. This function should stand on its own, or be administered by the State Security Agency.

As to the administrative and semi-administrative functions such as FLASH – I see no sensible or logical reason that why police officers should manage the issuing of licenses to possess firearms, and to sell second hand goods or liquor. These are administrative functions. They should be handled by administrative entities. Firearms could quite happily be taken over by the Department of Home Affairs or the Department of Justice. They are after all managed primarily by a national law. Liquor, which is primarily governed by the various provincial acts, should be managed at a provincial level. There is no reason why SARS should not be managing the Second-Hand Goods Act.

I would also enact legislation to ensure that the various metro and municipal police entities would not be subordinate to, or ever forced to amalgamate with, the national policing agencies.

Additionally, and as unpopular as this seems, I would strengthen IPID by giving it a real budget and a mandate to investigate not only violence offences, but also service delivery failures. I would make the IPID accountable to the Auditor General so that it could come into its own as a true watchdog.

Finally, I would create both a National and a Provincial Police Ombudsman so that the public could be correctly represented.

This decentralization would create an amazing potential for checks and balances, as well as removing the complacency many police members develop. It will provide them scope to move between agencies as their career develops. In fact, I firmly believe that by bringing to parity the various policing agencies, diversifying them, and making the enforcement mandate more logical, we can truly gain police officers who are committed to serve the public and excel in their profession.

If you enjoyed this discussion, hang around. Next week I am going to talk about what I think these new police officers should be equipped with.

Bryan is a professional risk and crisis manager. He has taught kidnap avoidance and hostage survival to various international organizations, and has managed protective and security operations in over twenty countries in Africa, the Middle East and Eastern Europe.

What did GOSA achieve… 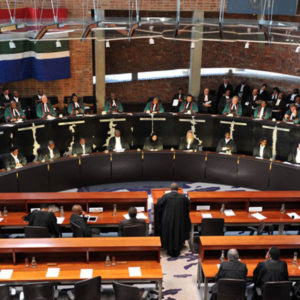 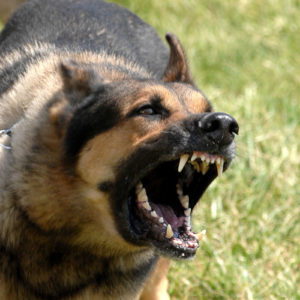