Police Minister Fikile Mbalula talked about “silencing the guns” in South Africa again. This time in an interview with the Sunday Times’ Jan-Jan Joubert.

Minister Mbalula specifically referred to Vietnam as an example of a country that “was once war-ravaged and is now gun-free.” He emphasised that South Africans need to “take a stand against guns”, and that owning “guns for self-defence is…something that should not exist.” The Minister proceeded to quote the myth that “your gun is a danger to you – it can be used against you by criminals.” Minister Mbalula finished by stating that “if we are going to take guns from citizens, we must increase policing and the numbers of the police force. If we disarm citizens, we must arm the police.” In a last-ditch attempt to grasp some straw of credibility, he added that “we will not silence the guns while numbers in the police force drop.”

I will provide a brief rebuttal.

Vietnam is a single-party state where the Communist Party is the only one allowed to rule. All other political parties are outlawed. Human Rights Watch document many of the human rights violations committed by the Vietnamese government annually. Freedom of speech and opinion is practically nonexistent, and many bloggers and activists are convicted and imprisoned every year. There is rampant state-sanctioned violence against activists and dissenters, and the freedom of assembly and association is strictly curtailed. Additionally, the criminal justice system is firmly under the central government’s control.

I am aware of the ANC’s love of Marxism and all things connected to it: it is after all impossible to miss that new statue of Fidel in Bloemies. However, using Vietnam as an example of a firearm policy success is utterly insane. In a country where the people have no political freedom what so ever, it is very convenient for the government to keep guns far beyond the reach of the populace. Whether or not such a despotic, totalitarian one-party state is Minister Mbalula’s vision of utopia is open to interpretation.

The ANC owns firearms, licenced to itself and stored in Luthuli house. The National Party government granted this special privilege to the ANC just prior to the 1994 general election. How many firearms the ANC owns, and of what type, remains a mystery. The licensing status of the guns is also unknown. It is more than a little hypocritical that an ANC is legally armed, but calls for civilian disarmament. If the ANC deemed it necessary for their own protection to own licensed firearms, then surely the same should count for private citizens? Armed close protection operatives escort every minister and important ANC party official whenever they leave their house. Citizens are exposed to worse criminal threats than government officials are, and we have no armed bodyguards to escort us to the mall, yet the Minister of Police seeks to remove our most effective self-defence tool.

This is a clear example of George Orwell’s Animal Farm: all animals are equal, but some animals are more equal than others. If the minister intends to “silence the guns”, maybe he should start at Luthuli House?

The ANC smuggled guns into the country

During the 1980s the ANC smuggled an estimated 100 tonnes of illicit weaponry into South Africa. Many of these weapons are still around today, in criminal hands. This was a key part of the armed struggle against the National Party government, and it is a historical fact. To make things worse, hundreds of thousands of firearms belonging to the former-homeland governments went missing after 1994. As Minister Mbalula so eloquently put it during a media briefing on 25 April this year, “there is a lot of AK47 here in this country. I don’t know where does it come from. Whether it was left by us, I don’t know. But is lot of AK47. Everybody has got a AK47.” The Minister speaks truthfully when he alludes that the ANC left many of these weapons here.

The government supplies firearms to criminals

There have been numerous scandals pertaining to the SAPS leaking firearms to criminals through corruption. The latest incidents occurred in Bellville South and Mitchell’s Plain, but this is just the tip of the iceberg. So far in 2017 the SAPS has lost no fewer than 99 firearms, as reported in the media. An analysis of SAPS firearm losses versus civilian firearm losses indicates that the police lose 8 times more firearms than private citizens do. In the event it is ordered, the police will be tasked with the duty of disarming civilians. Considering that the SAPS have historically been terrible custodians of firearms (surrendered, confiscated, and their own), it is obvious that the confiscated guns will simply be redistributed to dangerous criminals. I think it would be prudent for the Minister to first get his own house in order before making overtures towards “silencing” our guns.

While the Minister talked about “silencing the guns”, he may have forgotten to mention that he himself owns at least one. In February this year Minister Mbalula bought a 9mm handgun. It was supposedly a CZ, but we don’t know which model. Now, I am not a CZ fan myself, but the Minister clearly is. The man has taste, at least. Back then he issued a statement that he “has no quarrel with licenced gun owners at all, but is instead concerned with the unlicenced firearms in circulation.” Considering what the Minister just said to the Sunday Times, it would appear he was lying. “Silencing the guns” refers to total civilian disarmament. Admittedly the Minister clarified that it is impossible to do so now, but the intentions are still there. And he made all these statements while having his own CZ on his hip, or in his safe at home.

Clearly it is completely acceptable for him to own any firearms he wants. We are just not allowed to.

“Silencing the guns” will not work

“Silencing the guns” is a catchy phrase, to be sure. It is also a fairy tale and a dangerous fantasy. During his interview with the Minister, Jan-Jan Joubert asked “is it not true that if guns are criminalised, only criminals will have guns?” His observation is entirely accurate. There is not a single case where stricter gun laws or gun bans have kept firearms out of criminal hands. As was the case in Jamaica, gun bans will lead to higher homicide rates. The same held true for the UK and Australia, both who experienced a sharp increase in their homicide rate after introducing stricter firearm legislation. Only when police resources were significantly expanded did the murder rate decline again.

In contrast, higher levels of civilian firearm ownership have positively correlated with decreases in homicide rate. This was also the case in South Africa between 1994 and 1999, as detailed by the research of Dr. Richard Wesson. Unfortunately the FCA of 2000 undid much of this. Minister Mbalula’s questionable desire to “silence the guns” may leave us worse off still.

Farm Attacks: You Are… 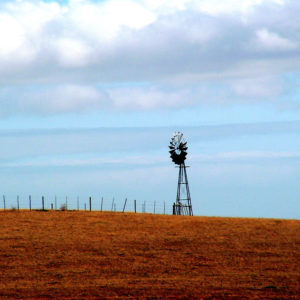 Your Second Gun Should Be… 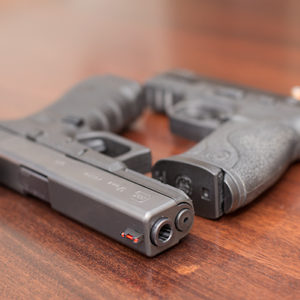