Everyone in the firearm-owning community seems to presently obsess about “tactical”…everything. Well, perhaps not everyone. But the term has so far departed from its proper use in our lexicon, that it now practically crops up in the most inappropriate places. It’s an infestation. And it’s becoming a serious problem. One that goes far beyond linguistic pedantry.

Defensive firearm instructors have bemoaned (for years) that prospective students have dangerously unrealistic expectations of what they are capable of. People want to learn house-clearing and team-based tactics before they have even mastered the most basic fundamental skills. They see cool videos on social media of nameless, faceless “operators” shooting out of cars and helicopters. While using “high-speed-low-drag” gear (including NVGs…or “muh nods”), sweeping rooms and dropping panties. All of this to the most bitchin’ soundtrack this side of a Hans Zimmer score.

Aggressive Marketing on Social Media is turning us into Tactical Magpies

Of course, they want to learn how to do these things. Whether or not doing so is remotely applicable to their reality is wholly irrelevant. There are (apparently) serious people and social media “influencers” with massive audiences doing these things and loudly recommending them. These people look cool and knowledgeable, and they must be onto something really good. And if you don’t know any better, you would probably think exactly that.

Coupled with this is an equally-unhealthy obsession with gear. I call it the Magpul Magpie Effect. People chase shiny equipment-based solutions (literally like Magpies) for skill-related problems. Now, this is an almost inseparable part of the human condition. We always look for shortcuts. An easy way out. “Solutions” that don’t require us to develop and improve skills through the investment of blood, sweat, tears, and time. The fact that this desire for equipment-based solutions is actively encouraged through aggressive marketing doesn’t help either.

Look, I get it. Everyone loves cool, new stuff. Especially when it makes you look and feel like the business. Just ask the Marlboro Man about image trumping reality. Oh, wait – you can’t. Because he died of cancer. Which ties in with my point. This nonsense is going to get people killed.

“What an outrageous accusation!” I hear some say. Except it isn’t.

Let’s start with a basic handgun fundamental skill benchmark. You have to hit a 5-inch target at 7 metres with two shots from concealment. And your time limit is 2.5 seconds. This is something that most people who carry a handgun for self-defence should be able to do. Yet the overwhelming majority of defensive carriers would fail at this. And even the greater majority of sports shooters, to be brutally honest.

The reason for it is quite simple: to complete this drill, you need a solid foundation of fundamental handgun skills. And effectively apply them to your everyday carry setup. To obtain and anchor these skills requires something many people baulk at – regular, disciplined practice. Or, in other words, a committed and purposeful investment of time and effort.

Yet the same people who really ought to be directing their resources towards prioritising some serious range time are instead chasing after “tactical” equipment.

Tactical Equipment has its place. But in a highly limited civilian context

These things have their place and validity. I own plate carriers and other tactical gear – I use them for security work and the sport shooting I do under the SA Tactical Shooting Association. Equally, I understand their routine use within the rural community safety context. As well as their application by civilian defenders during the July 2021 riots. That said, the usefulness of tactical gear in the civilian context is strictly limited to highly specialised situations. When we talk about everyday carry (EDC), tactical gear becomes practically irrelevant.

You, as an armed civilian, will not be wearing a plate carrier when caught in an armed robbery at your local Spar. Nor when hijackers target you at an intersection or in your driveway. And I am quite sure you won’t be wearing a battle belt with an IFAK, zip cuffs, and other related peripheries during such encounters either. We frankly just don’t go about our daily lives like this. And if we did, we certainly would be attracting a lot of unwelcome attention in the process.

Reality constrains us far more than budgets and laws could ever hope to.

Equally, if we experience a violent home intrusion at 3 AM things will go sideways in seconds rather than minutes. You won’t have time for an 80s action movie gear-up montage while playing “Eye of the Tiger”. You may have enough time to grab your pistol and your torch while barefoot in your PJs. Even if you have all the cool-guy gear lying around, circumstances may not allow you to use it.

On a scale of probabilities, you are exponentially more likely to be caught in a violent criminal confrontation than in a situation where you are already geared up. This means that you will have only your most basic tools and your most advanced skills available to you. And guess what? If you haven’t developed and maintained those skills, you are going to be stuck with less than basic.

This is exactly why I prioritise the development, anchoring, and maintenance of my defensive skillset as it applies to my daily personal situation. Because those skills are 100% transferable regardless of what weapon type or equipment loadout I happen to choose. But the other way around? Not so much.

This goes far beyond firearm-related skills only. A proper defensive skillset encompasses a large variety of aspects. This includes your level of physical strength and fitness, your proficiency in unarmed combat and with other defensive tools, and your level of situational awareness. All of these attributes are vital to the development of a proper defensive skillset. And I would argue some are significantly more important than your firearm skills.

Invest in Yourself Holistically

Hence if you are an unfit, weak, and situationally oblivious individual there is no equipment-based solution in the world that can save you. And even if you are fit, strong, and highly situationally aware – maintaining those skills and attributes will be an ongoing process of repeated investment. Which is exactly where your priorities should lie.

Fortunately, you do not have to grope in the dark. Many relevant benchmarks scale with age and sex and can assist you in figuring out what you should strive for. And there are whole communities built around it.

So treat this as a call to stop obsessing over tactical gear. Investing in yourself is vastly superior to investing in equipment. Get off the couch and start a daily cardio regime. Take up boxing, jiu-jitsu, or (even better) combatives once or twice a week. Lift some weights. Run 15 minutes of dryfire from your EDC setup every day. Start collecting a training library and build your knowledge base. Perhaps find a way to combine most of these into a single activity. Be creative!

Because ultimately those are going to be the factors that determine if you win the fight. Your equipment might just make it a bit easier. Maybe.

Gideon is the owner and editor of Paratus. He holds a Bachelors Degree in Economics from the University of South Africa, is a qualified firearms instructor, and does the odd security industry gig once in a while. 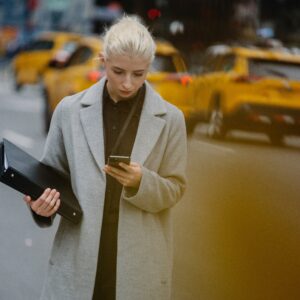 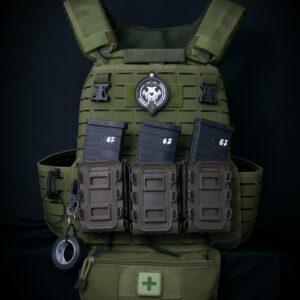