Regarding the article that has sent gun owners across the land into blind panic, a few matters need to be clarified.

Firstly, the man was arrested on charges that had nothing to do with his firearm licence, but for pointing/firing his weapon at a third party.

As the case against him progressed, the aggrieved party refused to continue pressing charges. The prosecutor then made the decision independently to charge him for the expired licence, to which he plead guilty and paid the fine.

This info comes directly from the National Prosecuting Authority.

There was a decision by the DPP to pursue the case against the individual purely because of his expired licence. There are other details in the mix that complicate the issue considerably more. (Edited for new information as of this PM – Ed)

Secondly, precedents are not set in the lower courts, so there is no hazard of it being the case here. However, there are concerns regarding this matter being an example of what may happen to people with expired licences.

GOSA has serious reservations about the potential consequences, and has elected to use their attorneys to engage with the SAPS and the NPA to get some sort of moratorium on any prosecution of expired licences, bar further legal action open to them.

See the GOSA attorneys’ letter to the SAPS and NPA here.

As a final point of advice, do not use cheap legal counsel to represent you in issues of such a serious nature if you can afford better. The result of such an imprudent decision can cost you in the long run. 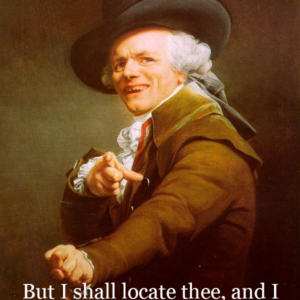