If you are South African it is virtually certain that you will have been directly affected by crime in one way or another. My own family’s exposure to crime has varied from theft, to break-ins, to the theft of a motor vehicle, to hijacking and kidnapping, to the attempted murder of a friend. The latter two examples involved me personally, during the Easter weekend of 2007 and earlier this year respectively. The attempted murder incident was prevented because I was armed and able to respond in time.

I shudder to think of what would have happened if I weren’t.

Mere weeks before my incident this year, a friend was attacked and shot in his driveway by armed robbers. They gave him no warning as to their intentions, and simply opened fire on him. Badly wounded, he managed to draw his pistol and return fire, so doing driving the criminals off and preventing them from harming his family who were behind him. He has fortunately recovered from the ordeal with his sense of humour intact.

These experiences are not a series of isolated incidents: South Africans go through similar, and worse, events on a daily basis. Many of them do not make it out of their predicaments alive. The rich and famous are not spared the menace of violent crime either. Dawie Roodt, a well-known and respected economist, was recently the victim of a violent home invasion at his residence in an upmarket Pretoria security estate.

The armed robbers held him up along with his family. At some point Mr. Roodt made the decision that the ordeal cannot be allowed to go on any longer, and valiantly fought back even though he was unarmed. He was badly injured by the panga-wielding criminals during the ensuing struggle, but succeeded in fending them off and protecting his family.

He has since written a moving open letter about the experience, and what triggered him to resist.

Again, Mr. Roodt’s ordeal is but one thousands each year. National crime statistics reveal that during the 2013/2014 year there were 16 914 murders, 16 949 attempted murders, 118 327 robberies with aggravating circumstances, and 11 129 hijackings perpetrated in the Republic. This is but the tip of the iceberg so to speak.

So what do these numbers mean?

They mean that ordinary South Africans are at the front line of a conflict the magnitude of which we struggle to appreciate. Crime affects all of us, rich and poor, to such an extent that we go to incredible lengths to mitigate its effects on our daily lives. Those who can afford it spend astronomical amounts of money to make their homes and businesses more secure. We form social media communities and organise convoys because the freeways are too dangerous to drive alone. We form CPFs to more effectively protect our neighbourhoods.

We take crime so seriously that we have the largest private security industry in the world.

Yet despite knowing this, many of us are nothing more than conditioned victims. We preach compliance when faced by violent aggressors. We believe that if we just give our assailants what they want they will hopefully leave us alone, in spite of all the evidence that they kill compliant and harmless victims anyway. Often brutally, and sometimes after having done despicable things to them.

Why are we willing to trust violent criminals with our lives, when we are hesitant to place the same life in the hands of a trained medical professional? Have we as a society gone completely mad?

When I was kidnapped over Easter weekend in 2007, I was told by my three antagonists that they would simply let me go once we reach Mamelodi. To this day I cannot precisely explain why I didn’t believe them, but my gut feeling told me in no uncertain terms that if I allow them to take me, they will kill me. I knew it then, and I know it now.

That is why I pepper sprayed everyone in the car with me.

That is why I jumped out of the car as it careened down Watermeyer Street at 80 kilometres per hour.

During the early morning hours of that Easter Sunday I decided to rather take my chances with the tar than place my life in the hands of those men. I was lacerated and battered from the contact with the road, but I was alive.

And I later got my car back.

Having lived through the nightmare, I decided that I will not be made into a defenceless victim again.

I will not willingly surrender myself to such men should they come for me again, and so doing give them the unilateral power of life or death over me. Because of the decision I made more than 8 years ago, I was able to save the life of a friend just after Easter Weekend this year. I don’t believe in fate, but I admit that it has made me wonder.

We are always the first responders to our own personal crime scenes. Sometimes help arrives in time to save us, but mostly it will only arrive in time to pick up the pieces. One thing is for certain; we are all on the front lines of this battle. It is up to us as individuals to decide if, and how, we prepare ourselves to face it should it one day test us.

I hope that you make the right decision. 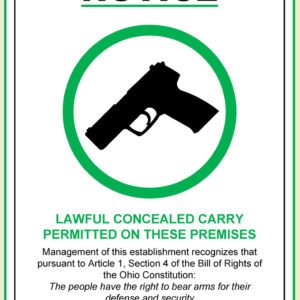