President Jacob Zuma last week pondered the possibility of turning South Africa into a gun-free nation when he briefed the media after the slaying of yet another police officer. This is deliciously ironic, considering that one of the President’s famous trademarks is to sing a song called Umshini wami, or “Bring me my machine gun”. He likes it so much in fact, he even marketed it as a ringtone to fund his court case.

Considering the ANC’s history with firearms, this shouldn’t come as a surprise. They were after all responsible for smuggling anywhere between 60 to 100 tons of weapons, perhaps more, into South Africa during the struggle. The ANC, like other African liberation movements at the time, therefore clearly understood the importance of guns in their struggle against oppression. FRELIMO were so attached to the symbolism of the AK47 that today the rifle still graces the Mozambican flag.

Our nation’s history with arms goes back much further than Apartheid and the struggle against it. King Shaka is revered as the architect of the Zulu Empire, a feat he accomplished at the tip of an iklwa thanks to strength-at-arms and military innovation, and in recognition thereof he today has an international airport named after him. Another Zulu king, Langalibalele of the amaHlubi, became perhaps the first African to resist colonial registration and confiscation of firearms. He was banished to Robben Island by the British for his troubles.

The Afrikaner’s own history is closely connected to firearms since the Dutch’s first arrival at the Cape of Good Hope. Muskets were used for hunting and protection, but there are slightly more eccentric stories as well. The first State President of the Orange Free State, Josias Hoffman, cut short his own political career by presenting King Moshoeshoe I of the Basotho with a keg of gunpowder as a sign of goodwill. The Volksraad found this act so unacceptable, that they forced him to retire after less than 8 months in office. Later on, the Boers’ struggle against British colonialism ingrained in them a deep trust in “God en die Mauser”, referring to the German-manufactured rifles Burghers used during the Anglo-Boer War.

These days there are no more colonial wars to fight and Apartheid is dead. Instead South Africans of all races are now using firearms for hunting, sport, and self-protection against the rising scourge of violent crime. Strangely, private ownership of firearms is frequently attacked as a contributing factor to violent crime, despite Statistics South Africa attributing the leading cause of assault-related death in 2013/2014 to the use of sharp objects in an overwhelming 85,1% of cases.

It is also rather silly to think that by banning private firearm ownership we will somehow deprive criminals from gaining access to guns: those struggle-era AK47s can easily last decades, and considering that more are pouring over our unguarded borders annually, a shortage in illicit arms is highly unlikely.

It would also be disingenuous to assume that all illegally-held firearms are possessed with criminal intent: many previously and currently disadvantaged people are unable to comply with the stringent and restrictive requirements of the Firearms Control Act of 2000, but are desperate to possess something with which to protect themselves, their families, and their businesses. These people would rather risk running afoul of the law than be completely defenceless. They would also not be affected by any further restrictions on licenced firearm owners, who are estimated to contribute only about 0,05% to the overall violent crime rate.

Instead of further restrictions, I would like to propose an alternative solution; During the National Firearms Summit at Parliament in March this year, National Police Commissioner Riah Phiyega twice suggested the creation of a “gun-friendly society”. This would be done in partnership with civilian firearm organisations and entails an extensive program of education, addressing problems with current infrastructure, fighting corruption within the SAPS, and numerous other initiatives. Seeing that civilian gun owners’ organisations possess much expertise which they can contribute to such an endeavour, a public-private partnership of this sort is more likely to succeed in bearing fruit than the State going it alone.

Perhaps it is past-time to embrace our nation’s rich “gun culture” for what it is, and so doing create a responsible and gun-friendly society where the law-abiding are not punished for the actions of the law-breaking. Everything else we have tried thus far has failed miserably, so a refreshing new approach is needed instead of simply more of the same.

Time for a Second… 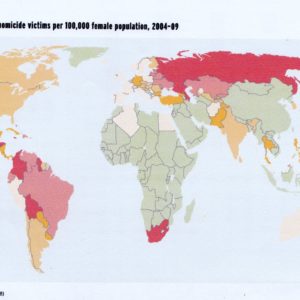 We are all on the… 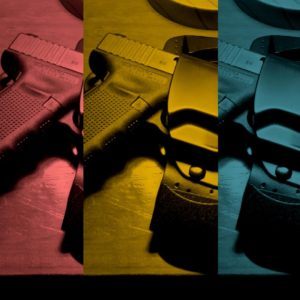