Rouen Heiberg was kind enough to write this review for us. He would like to add the disclaimer that he purchased the belt himself via an independent online retailer. Neither Paratus, nor Rouen, has any official affiliation with the manufacturer. Everything written below is the opinion of the author.

Those who know me well are aware that I have a weird love-hate relationship with gun belts. I have owned several over the past few years, including some of the latest and greatest. These belts included locally manufactured as well as imported ones. Although I have a favourite gun belt, I could never find that one belt that just ticks all the boxes for me. The greatest challenge was obtaining a dark brown, synthetically stiffened gun belt that I could wear with my work clothes. I have worn various brown belts, but they were more a light, “babypoop-orangey-tan” brown than a proper dark brown.

So, when my expensive tan-brown imported gun belt broke, I was quite miffed considering that I only got around 9 months use out of it. I started looking around for another option and noticed the brown Army Ant belt. Immediately I noticed that the price was about a third of my more expensive belts. After further research it seemed to be quite popular. The right colour, synthetic lining, and it is infinitely adjustable due to a hook-and-loop fastener (the technically correct name for Velcro). The belt ticked all the right boxes. I swiped my credit card and the order went off.

Before we get into the nitty-gritty, I want to clarify that my every day carry is a Gen2 CZ P07 9mm in a Chameleon holster from Quantum Carry. My spare magazine rests in a mag-pouch by Carter Kustom Carry Solutions. Both use C-Clips carried at appendix position. I’ve been using the Army Ant belt on-and-off since about August last year. It went through a few shooting courses, as well as daily EDC use.

From a pure craftsman perspective, the belt is well made and the stitching is neat and even. The brown leather is uniformly coloured, and there are no noticeable marks. The hook-and-loop fastener is quality, and not the normal cheap stuff. It has a noticeably small claw-like hook system. The nylon webbing is very neatly stitched-in, and seems to be high quality. I get the impression that the belt is manufactured in large quantities: if you order two of the same belt, they would be identical in every way.

However, I immediately noticed the lack of stiffness in the belt. When the belt is fastened it does not support its own weight, which is a prerequisite of a good gun belt. I decided that the price is low enough (more on that later) I’m going to risk it and keep the belt. 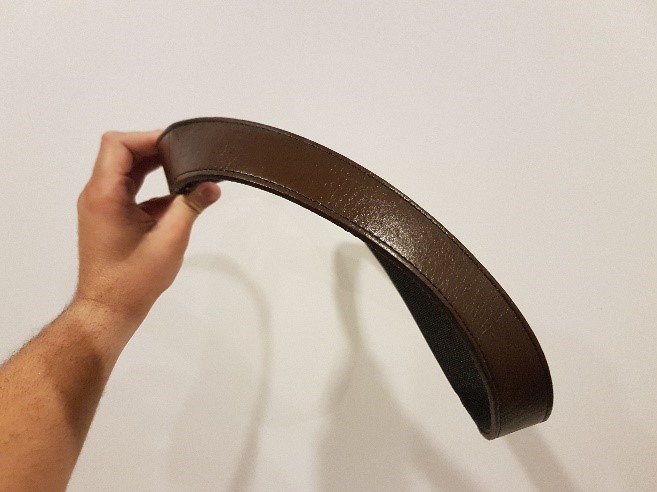 Unfortunately my initial impressions proved to be correct. The belt simply isn’t stiff enough to support the weight of a holster and mag-pouch. It would work OK early in the morning, but as the day wore on the webbing was simply not up to the job of keeping the leather stiff. The gun would sag noticeably during the course of the day. This would cause the butt of the gun to push away from my body, and the bottom of the holster to dig into my family jewels. The only way to get the gun into a semi-comfortable position, was to overlap the belt in front and sandwich the C-Clip between the hook and loop sections. The problem with this is that it makes the carry setup even more bulky. 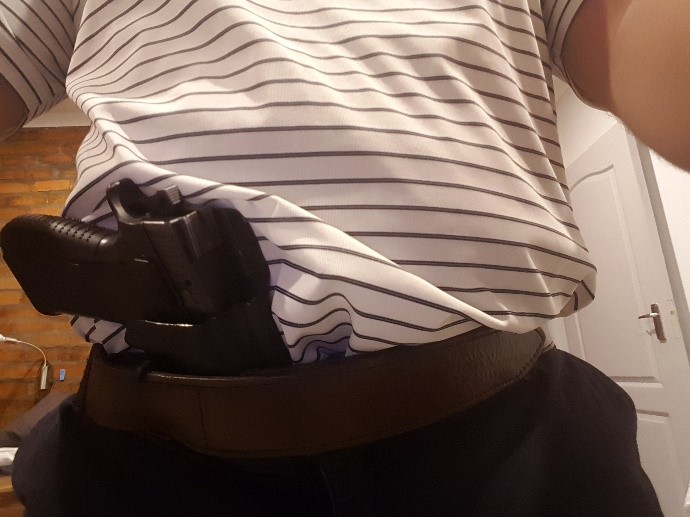 On the website the belt is described as “built using 40mm premium heavy leather, laminated with heavy gauge nylon used on rigging”. If you look past the floppiness, the belt holds up well although it lost its shape due to the lack of support from a stiffener. The stitching has held up well, and the colour seems to be scratch resistant. I’m quite impressed with the hook-and-loop fastener: it holds up really well, and doesn’t shift or come loose.

How comfortable a gun belt is, is directly related to its stiffness. Without the gun, the belt works really well. If you just want a brown leather belt without a buckle that will last forever, this is your belt. As serious EDC gun belt, it is simply not up to the task. As a plus, the belt does not scream “shoot me first because I carry a gun”: it’s pretty unobtrusive. The 1.5 inch width will fits most modern clip and softloop options when it comes to holsters. As I previously mentioned the gun tends to sag, and you often have to adjust its positioning. 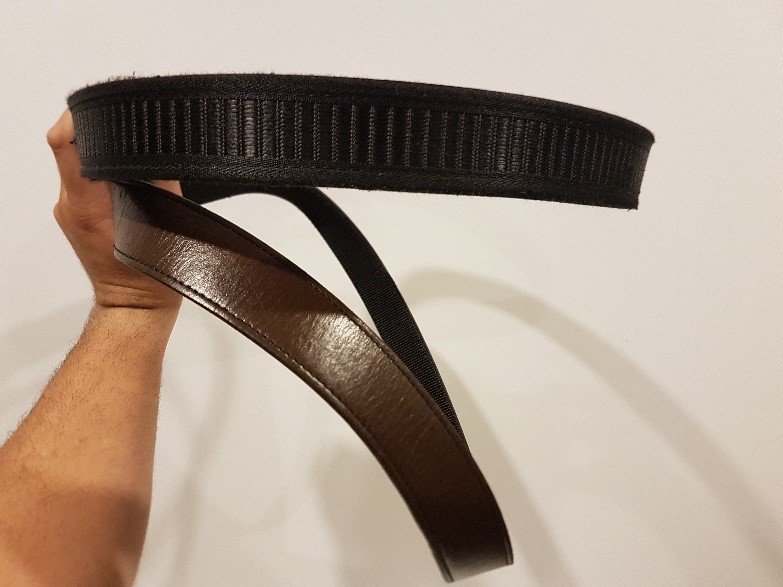 The belt’s price is a redeeming factor. The belt is affordable. But considering there are other synthetically stiffened belts in the same price range which are better suited for EDC, as long as you can hide the black tactical belt it becomes less important.

As much as it pains me to say it, the belt over-promised but under-delivered. The belt simply isn’t rigid enough to support a gun and holster.  That being said, the belt shows promise in other areas. If Army Ant were to take the design and insert a plastic or Kydex stiffener, even if they up the price by R100, you just might have a winner. 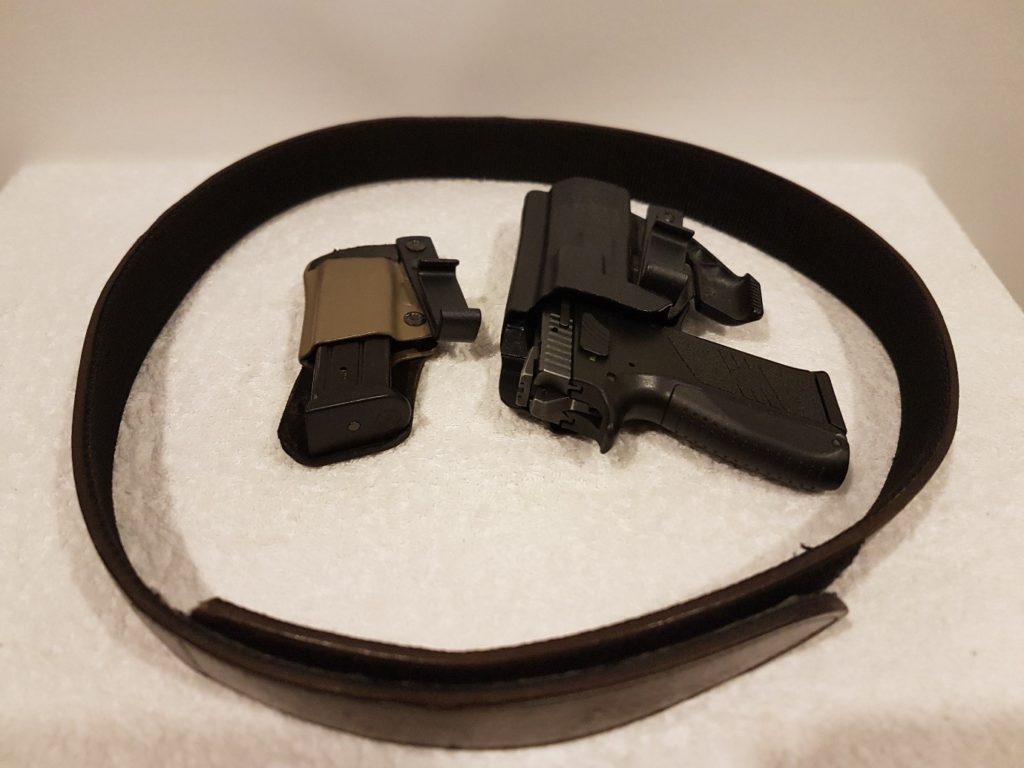 Rouen is a rough-and-tumble kind of fellow from the dank depths of the Garden Route. He haunts the lands around George, and does his part in running a shooting club down there. He does unarmed combatives, firearms training, and causes trouble on the Internet 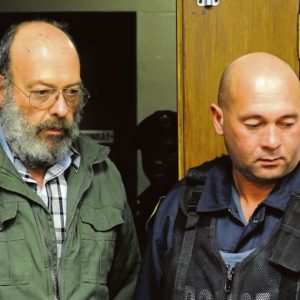 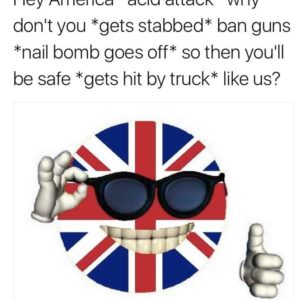