First published on Morning Shot on 21 October. I have still not received an answer to the question that led to this piece being written. Silence is sometimes in itself an answer.

You don’t have to be extraordinarily prescient to observe that 19-odd months of lockdown and the National State of Disaster have taken their toll. Not only on the economy and basic civil rights and freedoms, but also the human psyche – and specifically our mental health.

A particularly bizarre (and distressing) example of this, was a recent interaction I had with a group of medical professionals. They work in both the public and private sectors, but their opinion on the issue was practically unanimous across the board. The issue being that they strongly believe that patients unvaccinated against COVID-19 should be denied healthcare.

This shocked me, but I hardly found it surprising. The debate around the ethics and justifiability of denying healthcare services of varying degrees to people who have chosen (for whatever reasons) to not consume a COVID vaccine has been raging for months already. Combined with outright irresponsible statements from prominent individuals, like Piet Mouton, who attempt to justify the removal of basic rights from “unvaccinated” citizens, the issue has become politically polarised to a dangerous extreme.

Back to the doctors.

In response to their near-unanimous position, I asked a simple question: if a rapist and murderer is shot while committing his crimes and ends up in the trauma care unit, will you deny him healthcare? And if not, why?

I am still waiting for a straight answer to this question.

Instead I was told that the rapist and murderer was not yet convicted by a court of law. Well, neither are the unvaccinated patients. And I remain curious as to what part of medical ethics allows for discrimination against a patient based on their criminal record.

The next attempt at an answer proposed that people should be vaccinated because it is in the best interests of society, and that doctors are justified in taking reasonable precautions to safeguard themselves and others.

Now, doctors (thankfully) do not deny HIV-positive patients healthcare even though needle stick and splash injuries are hardly unheard of – ask any intern doctor. They also do not deny healthcare to known gangsters even though there are significant risks of hospitals being attacked by rival gangs in an attempt to finish the job – which places doctors and patients at risk.

Additionally, doctors do not refuse to see patients in hospitals that do not comply with basic health and safety standards – such as firefighting protocols – which again places themselves and their patients at risk. Lastly, even though tuberculosis kills roughly 30 000 South Africans every single year no doctor has denied a patient healthcare because they are not vaccinated against TB.

It is therefore patently irrational to elevate the risk posed by someone who isn’t vaccinated against COVID-19, especially if they are asymptomatic, to a level so far above the myriad other serious risks which are either accepted or ignored by doctors.

As for the claims of societal good: it is generally accepted that unprotected sexual intercourse, sexual promiscuity, alcohol abuse, drunk driving, and not wearing a seatbelt in a motor vehicle are irresponsible and potentially harmful behaviours. Especially when all of them are occurring at the same time. Yet not a single person who makes themselves guilty of any of the above and suffers injury as a result will ever be refused healthcare by a medical professional. And they certainly should not be.

Hence it is my hypothesis that the position of refusing healthcare based on vaccination status is not one of enlightened rationality, but rather one of irrational and fear-based discrimination.

It blatantly violates the sworn oath of a healthcare worker – still strongly based on the Hippocratic Oath which wasn’t secular enough to be retained in full. And it is certainly not ethical, regardless of the Olympian-level mental gymnastics employed in an attempt to justify it.

Captain G.M. Gilbert said that evil is the absence of empathy. And for a doctor to deny any patient healthcare during their hour of utmost need without exceptional reasons for doing so is certainly evil. Yet this is precisely what some doctors are in fact proudly proposing.

The 20th Century is littered with atrocious examples of what happens when one segment of society dehumanises another to the point of revoking their rights and freedoms, and seeing them as something subhuman. And by the language and tone forthcoming from this discussion, it certainly resurrects an ugly spectre reminiscent of the Third Reich, the Stalinist USSR, Pol Pot’s Cambodia, Bagosora’s Rwanda, and our own Apartheid history.

The greatest atrocities in human history were perpetuated by ordinary people who were simply “doing their jobs”. The worst villains who ever lived were mundane and ordinary in their occupation. And it sadly appears that many have not learnt from the darkest chapters in history.

You Are Always the… 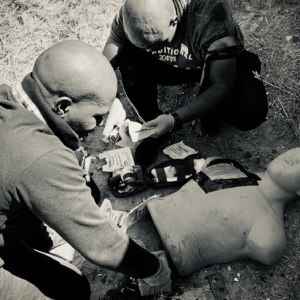 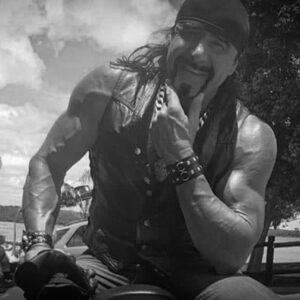