I love guns, and if you’re reading this I’m sure most of you are rather fond of them as well. Given the choice, the money and the space, I would have at least one of every gun ever made. Whether good, bad, futuristic or just plain bonkers, guns have shaped the world by their use, their design and their technology.

I have something different for you today, a history lesson followed by a point. Indulge me with the history bit, there’s reason for it.

In the 12th century, some clever Chinese guys worked out that you could use black powder in a bamboo and paper tube to propel shrapnel at your enemies. From there things got very interesting very quickly.

The Chinese quickly upgraded to metal barrels and projectiles that occlude the entire barrel, giving us the first real firearms as opposed to some sort of improvised Claymore on a stick. The oldest example that we have of this is the Heilongjiang hand cannon.

At the time, and at 34cm long and weighing 3.55kg, this was the most technologically advanced weapon in the world.  Let that sink in.

Black powder and firearm technology spread to the Middle-East and Europe, and for the next few centuries advancements and refinements were made. I’m sure there were men lost to both boom sticks that exploded, and ones that never fired. Armies disliked killing their own men, instead preferring to kill men from the other side, and people disliked hearing their comrades wailing in pain as they died. So weaponry became more reliable, more idiot proof, more portable and of course faster to shoot and easier to shoot well.

In 1828 a Board of General officers noted “It is the opinion of every Officer Commanding a Cavalry Regiment, and of, it may be added, every old soldier who has had experience of European Warfare [that the pistol] is seldom, if ever, found of any use” (Strachan 1985, p62)

In 1828 the pistols would have been smooth bore percussion cap revolvers, like the one below.

So basically, these were useless. They were slow to reload, their capacity was low (well, one shot) and they were inaccurate at typical musket distances

Eight years later Samuel Colt patented the Colt Patterson, the first commercial repeating firearm, or revolver, as we know the today. And, judged against the revolvers of today, it was a bitch to operate. Compared to single shot pistols of the time, however, this was greased lightning. The main advantages of this new firearm were improved accuracy and higher capacity. While troops initially praised the firepower advantage of the Colt, the military considered it fragile and prone to breakages.

In 1892 and 1893 both the first semi-automatic pistol (the Schönberger-Laumann 1892), and the first mildly commercially successful semi-auto pistol (Borchardt C-93) were designed. Feast your eyes on the future!

Not exactly what you think when you hear “semi-auto pistol”, right?

From here on we start to see something closer to what we consider to be the modern form of the semi-auto pistol. In 1896 our friend John Moses Browning designed the FN Browning M1900, it was   presented to FN in 1898 who started manufacturing it the next year. This was the first handgun to use a slide like modern pistols do.

Due to several factors such as the supposed safety of the heavier double action revolver trigger, late inclusion of drop safety in pistols, money already invested in revolvers and their accessories etc. pistols were adopted at very different rates by the militaries and police forces around the world. How different? Well, the US army adopted the Colt 1911 in 1911, and the New York City police only converted to a semi-auto pistol in 1994! Yes sir, we were watching the first broadcasts of Friends on TV when New York cops were still running around the streets issued with only revolvers!

So, what’s the point of all of this rambling on about old guns?

Did you perhaps pick up a trend? The Heilongjiang hand cannon was fine, it worked, so why aren’t we all still carrying those around? Are they too slow to shoot? Would they be terribly slow to reload? Similarly the Borchardt C-93 has a reputation for being quite reliable and accurate, so why does Glock exist? Maybe because it’s lighter? Smaller? Safer? Or maybe because anything approaching the C-93 in size has much higher capacity?

There has always been a push for improvement with handguns in these areas, and many others.

Recently a lot of people have been upset on the SA-based gun forums and Facebook groups. The reason for this is because the people who run those groups will not let a claim that a revolver is the best option for self-defence stand unchallenged. The fights that follow leave some people bitter, feeling their life choices have been rubbished.

What I want for you, the person carrying a firearm on a daily basis in order to defend your life and the lives of those closest to you is the best opportunity to succeed.

This means reliability, capacity, ease of use, end user safety, reloading speed and malfunction clearance all need to be as good as our current technology allows. Who knows where we’ll be in 200 years, hopefully we’ll all be shooting ray guns and setting our range targets on fire. And at that time, hopefully some people will still be shooting pistols and revolvers, but I hope nobody would be recommending either of them as self-defence weapons.

So if you’ve done your research about all the factors that go into a self-defence shooting, and you’ve come out of that deciding a revolver embodies your best chance at staying alive, by all means carry it.

But when someone else asks about the best option for a self-defence gun, please don’t be offended when your chosen tool’s shortcomings are pointed out, and something else recommended. We have applied this principle to every technological aspect of our lives; otherwise it would still be candles, pointy sticks and ox wagons. We are all trying to make sure every gun owner has the best tools in the world available to win the fight with people who would take everything from them. 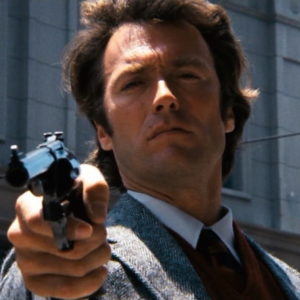 How Many SAPS Firearms Have…