A few weeks ago I was tasked with compiling a report for a government official regarding how many SAPS and other State-owned firearms have been lost or stolen this year so far. I had to rely exclusively on media reports, which were surprisingly thinly spread if one considers the SAPS have lost no fewer than 18 196 firearms in the six year period from 2005 until 2011. This can be attributed to the SAPS itself not even being aware when it is robbed of firearms, and of course there are the occasions where officers and station commanders involved have actively attempted to cover the thefts and corruption up. We will only know some extent of the problem when the SAPS annual report for 2017/18 is published sometime next year. For now, this is what we do know:

Additionally, of the 119 non-SAPS state weapons that were stolen in the 2015/16 period, 66 were recovered, which gives a recovery rate of 55,46%. The very low rate at which stolen SAPS weapons are recovered therefore present an anomaly requiring further investigation.

Now, bear with me as I go down the road of conjecture. Why are so few SAPS firearms recovered in comparison to weapons from other State sources and civilians? Stolen firearms originating from individuals and businesses were recovered at a rate nearly 15 times higher than SAPS weapons! Firearms stolen from other State sources in turn had a recovery rate 7 times higher than the one for SAPS weapons. Since firearm recoveries are random events (the police involved do not know what kind of firearms they are about to recover from a suspect, after all) something fishy clearly is afoot here. One explanation could be that corrupt SAPS officers are deliberately remove identifying markings from police guns before selling them to criminals, so that they cannot be traced back to these corrupt individuals wearing blue uniforms. A way of ascertaining this would be to ask how many untraceable firearms are recovered each year, and how many of them are of the make and model issued to SAPS members.

In my previous writing about the guns stolen from Mitchell’s Plain and Bellville South I made the accusation that the SAPS is a service gone rogue, with rampant corruption and criminality persistent throughout its leadership and among the ranks itself. It is a grand pity that the good and decent officers of this institution, of whom there are still a great many, are having their reputations tarnished by those criminals who infest and plague the South African Police Service. Heads must roll, but of course they won’t.

The Best Tool for… 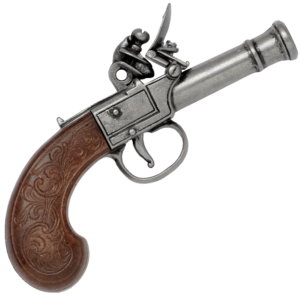 Cross-Dominance: How to Identify the… 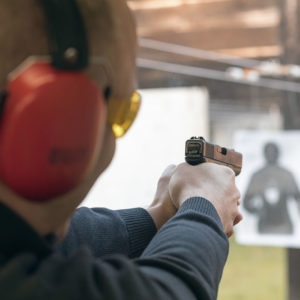