It has been a little more than a week after the horrific events which occurred at the Pulse nightclub in Orlando, Florida. The subsequent media spin-cycle is still in high gear, and every talking head and self-proclaimed mainstream media pundit is hosing us down with their viewpoint…which is usually one in which they tell us how bad guns are.

Screw the fact that the perpetrator of the heinous crime was an Islamic extremist terrorist. The American President does not even have the fortitude and content of character to call it as it is, so why would the media bother? Meh. Guns are bad, and that is the only soundbite that matters folks.

Even here at the southernmost tip of Africa we have not been spared the idiocy and ignorance pertaining to aftermath of the event. Now, this is exactly the type of dross I expect from the likes of Redi Thlabi, Rebecca Davis, John Robbie, Trevor Noah, and the numerous other odious, ignorant, and sanctimonious talking heads whose opinions sensible people attach far too much significance to. What did catch me by unwelcome surprise, however, were the South African gun owners who bought in to this narrative of toxic fail. A few described American gun laws as “too loose”, “crazy”, and “irresponsible”.

You, who have never, ever even bought a single firearm in the USA now deem yourself fit to pass judgement on the effectiveness of their gun laws? You, who have never been subjected to the scrutiny of a Federal Background Check, see yourself as suitably qualified to comment on the effectiveness of the system? You, who clearly have no idea how No Fly Lists work (and how horribly flawed and nonsensical they are), think your opinion on having people on these lists banned from exercising basic civil rights is somehow right and ethical?

Pardonne my Francaise, but just how far up your ass did you manage to jam your head, and do you think we can extract it with a crowbar?

Has our wonderfully strict gun control in Sunny SA worked? Has it put as much as a dent in our atrocious homicide rate? Has it in any way, shape or form prevented anyone with criminal intent on getting their hands on military-grade small arms? Do you think that our system is workable, efficient, equitable, and desirable?

If your answer to the above is no, yet you still complain about American gun laws, then you are a hypocrite. So some Americans like buying as many AR15s and .50 Cals as they can afford. So bloody what? Since when have we been OK with justifying a need for something which should be a natural right: our right to own whatever property we please? We shouldn’t have to explain why we need a gun, we should be able to have what we want simply because we WANT it. A difficult concept for some in the peanut gallery to grasp, but perhaps they will better understand how it feels to have your wants restricted when Government decides that you really don’t need a 3 litre Hilux, and that 2 litres is more than sufficient for civilian use. Would that make you happy?

Bad people find ways to kill people, folks. The Oklahoma City bombing was perpetrated with fertiliser. The Boston Marathon bombing was perpetrated with pressure cooker bombs. Even in gun-free Britain a Member of Parliament was shot and stabbed to death mere days ago. The list of examples I can provide of criminals and terrorists gaining access to the required equipment to perpetrate their misdeeds is endless. We need to stop this nonsense of blaming American gun owners, gun owner organisations, and gun laws for the actions of terrorists and lunatics. Laws do not stop criminals. If they did we would have no rape, no murder, no War on Drugs, and War on Poaching. The law is wonderful for prosecuting perpetrators after the fact, but it is not very good at preventing atrocity being committed. At all.

The Second Amendment of the United States Constitution is the barometer against which we measure gun rights worldwide. What happens to it, and to American gun owners, is of direct interest to any gun owner worldwide…us included. If you want to stand up for your rights, please stand on the right side of the fence. Don’t throw our brothers and sisters under the bus. Thomas Jefferson said in the draft Constitution of Virginia in 1776, “No free man shall ever be debarred the use of arms.” He then proceeded to further clarify in a separate quote, “The laws that forbid the carrying of arms are laws of such a nature. They disarm only those who are neither inclined nor determined to commit crimes…. Such laws make things worse for the assaulted and better for the assailants; they serve rather to encourage than to prevent homicides, for an unarmed man may be attacked with greater confidence than an armed man.”

A more damning indictment concerning the unjust and oppressive nature of gun-control laws would be difficult to find. 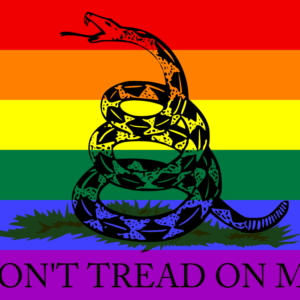 The Rise of the Anti-Everything… 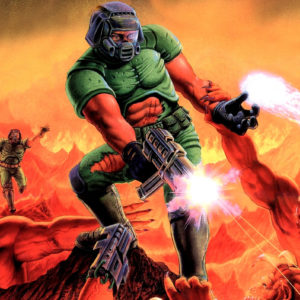