Recent reports pertaining to the arrest of several police officers implicated in a scandal where members of the SAPS were assisting criminals in fraudulently obtaining firearm licenses once again emphasise the failure of South African gun control.

The Firearms Control Act of 2000, which was forced upon the SAPS and South African gun owners, is clearly not working the way its architects intended it to. The system is onerous, opaque, overly complex, and places such a strain on SAPS resources and manpower as to be nearly impossible to implement effectively.

These same inherent flaws in the FCA also leave it vulnerable to exploitation and corruption, culminating in unacceptable incidents such as police officials leaking firearms handed in during the previous amnesty period to criminals.

I bemoaned this failure of the FCA hardly a fortnight ago, but it is sadly not a surprising or unexpected development given the circumstances. Clearly it is now up to South African firearm owners and the SAPS to work together to fix a broken system that they were saddled with against their will.

The current method of individually licencing each and every firearm is inefficient and places a significant burden upon police resources and personnel. The process of a single citizen licencing a firearm requires the unnecessary duplication of paperwork, and this entire process must be repeated as if it were a first time application whenever the licence is renewed. Considering that South Africa has around 3 million gun owners, the strain placed on the SAPS is huge.

The solution to this and many other shortcomings inherent to the system is to licence the firearm owner as a person, and then register their firearms on a national registry like the one we currently have in effect. It is a similar concept to holding a type of driver’s licence, and then registering the cars you acquire with the State. This is possible within the existing framework of the FCA and requires select amendments to the law, as opposed to having to scrap and rewrite whole swathes of legislation.

The registry does not necessarily have to fall under the administration of the SAPS, but can instead become the responsibility of another state department with the SAPS then tasked only with regulating the system and enforcing the FCA. This is not an alien concept new to our country, considering how effectively SARS and law enforcement work together in matters regarding taxation.

The requirement that prospective firearm owners must first complete a firearm competency course is a desirable aspect of the existing law, and it can be expanded to form the foundation of a firearm owner licence in conjunction with the required character references and criminal background checks.

It is interesting to note that in the period stretching from May 2012 to April 2013 violent crimes in the UK involving shotguns only accounted for about 6% of the total offences committed with firearms, whilst crimes involving handguns, which are completely banned from civilian ownership in the UK, amount to nearly five times as many at 28% of total firearm related offences.

It is clear that an outright ban has not even remotely succeeded in preventing offenders from accessing handguns to perpetrate violent crime, whilst the use of shotguns account for a very small fraction of offenses despite the relative simplicity of legally obtaining them. Criminals are not in the habit of acquiring firearms through legal channels, so this statistic is not unexpected.

With regards to how South Africa could implement such a reform, there are many possible avenues to explore and the matter will require quite some debate until the most efficient and acceptable execution is found.

The Central Firearms Registry (CFR) already has an online component, and this can also be expanded so that whenever a person holding the appropriate classification or category of licence makes a firearm purchase, the dealer selling the gun can immediately see whether the person is allowed to buy that specific firearm or not. If the purchase is allowed, the dealer can then and there register the firearm under the purchaser’s name, with all the relevant details immediately reflecting on the registry.

The authorities are thus immediately notified of the acquisition, the process being completely transparent, but they are not burdened with unnecessary paperwork: if the person’s status and credentials check out and allow the purchase, no further action is required.

This transfer of responsibility will free up SAPS manpower currently inefficiently utilised in dealing with excessive amounts of paperwork pertaining to licence applications and other bureaucratic procedures. Manpower which can then be redeployed to audit and inspect firearm owners and dealers to ensure compliance with the law, and enforce compliance if the need arises.

It also places the onus on individual firearm owners, sporting and hunting bodies, and collectors associations to ensure that they meet the prescribed requirements as they will be held accountable to comply. This delegation of responsibility and element of self-regulation is much desired, and I believe it will be warmly welcomed by firearm owners and organisations.

With improved compliance, enforcement and transparency it will become much harder for corrupt practices to take root, and transgressors can be swiftly dealt with in accordance with the law. Reforming the system will also signal a move towards closer cooperation and mutually beneficial relations between firearm owners and the South African Police Service. South African gun owners are here to stay, and we want a system that is practical, efficient and workable. We are ready and willing to rise to the occasion and do our part to ensure that this becomes a reality. 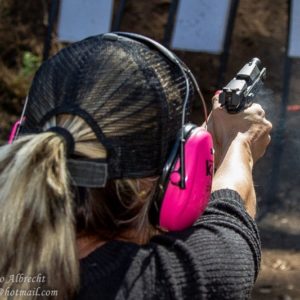