On Saturday, 26 June the Civilian Secretariat for Police (CSP) released the so-called “Wits Report” – its full title Analysis of the Effect of the Firearms Control Act on Crime, 2000 – 2014. The CSP commissioned the Wits School of Governance (WSG) to compile the detailed report in December 2014.

The report is the document upon which the current proposed amendments to the Firearms Control Act (FCA), which seek to outlaw self-defence as a reason to own a firearm, are based. And it was only released to the public now, nearly 6 years after its creation, as a result of several organisations and individuals bringing immense pressure to bear upon the CSP by threatening court action.

It is therefore interesting to note that the report is not only uncontroversial, but a well-conducted and thoroughly-reasoned exercise in analysis. It also contrasts particularly sharply with the extremely poor quality of work that went into the Socio-Economic Impact Assessment (SEIA) report – the only supporting document of the proposed amendments that the CSP made available when the issue was first opened for public comment on 21 May.

The Wits Report’s Methodology and Findings

The main objective of the WSG report was to assess the effects of the FCA on crime between 2000 and 2014. And the report’s stated purpose is for its recommendations to inform amendments to the FCA.

In order to satisfy these requirements, the research team made use of detailed SAPS crime data to analyse a broad variety of violent crime trends from before the advent of the FCA to a full decade after its commencement. The report is comprehensive and meticulous, spanning 178 pages covering 15 years of data. It includes a full description of methodology and a comprehensive summary of the research. In short, it is a very high quality piece of work.

By extension, the ten conclusions of the Wits Report are instructive. For the sake of brevity I unpack only a few here.

To start, the report finds that there is little evidence (and it is unlikely) that the FCA caused any decline in crime rates over the period in question. Instead the decline can be ascribed to the level of strong and sustained policing as a “necessary condition for reducing firearm-related crime.” The FCA is also found to be insufficient to reduce firearm-related crime in the absence of strong policing.

This isn’t a controversial finding. The SA Institute of Race Relations, for example, independently reached similar conclusions in their paper Don’t add Chaos to Disorder – exposing the weakness of Key Civilian Disarmament Arguments, which was published before the Wits report was made public.

Another finding pertains to the fact that fewer than 5% of all crimes reported to the SAPS are relevant to the FCA. Firearms are used in the perpetration of only about a third of all murders, and the report cautions that “violent crime should not be equated with firearms as they are often carried out with other weapons.”

Tying-in with this finding, the report goes on to state that “strong policing must be maintained in order to achieve sustained decline in crime. In spite of the FCA, in the absence of strong policing, the usage of firearms in perpetrating murder (although not used in the majority of murders) tends to return to the higher levels.”

The report also notes that so-called Firearm Dependent crimes – crimes dependent upon the use of firearms, such as truck hijackings and CIT robberies – are “impervious to the FCA”. Even when these crimes decline under strong policing, the “level of usage of firearms in these crimes remains intact.”

Hence, regardless of how onerous or restrictive gun control laws are, they have minimal to no effect on the murder rate, nor on the proportion of all murders committed by use of firearms. The FCA also has no effect at all on Firearm Dependent crimes. However, strong policing succeeds in bringing the overall crime rate (as well as the proportion of murders perpetrated by use of firearms) down, regardless of how strict or permissive firearm legislation is.

The report also found that there is little evidence that the FCA raising the legal age of firearm ownership from 16 to 21 had any effect on changing firearm use in crimes committed by young people. In fact, the authors note that “the distribution of age and gender of private firearm owners are very different from those of persons accused of crime.”

These findings illustrate a vastly different situation, requiring an entirely different solution, to the one the CSP presented to the public in the SEIA report. We shall, however, address this issue later.

Stricter Gun Control is Not the Answer – Policing is

As for the Wits Report’s recommendations to the CSP: again they are numerous and highly-significant, but I will only delve into a few here.

Firstly, the report unequivocally states that the “Authorities need to shift their misplaced, unconditional faith in the ability of the FCA to solve crime to policing; the FCA is not effective unless it functions under strong policing.”

The authors continue by recommending there should be specific policies and legislation in place to target Firearm Depend crimes – hence that the focus must be shifted away from regulating law-abiding citizens, and actually put laws in place that compliment policing and target criminals and crimes specifically, such as the Dangerous Weapons Act.

As to amending the FCA to place further onerous restrictions on licensed firearm owners, the report recommends that this is counterproductive and “increasingly stringent conditions for firearm licencing may be viewed as restricting their human rights to security.”

Lastly, in a highly prescient observation considering this report was compiled in 2015, the authors state that “in the present and future of 3-D printing of firearms, the FCA may be inappropriate, and policing would once again be the effective strategy in the fight against crime.”

Considering the present reality where a layperson with a R3 000 3D printer and rudimentary knowledge of Electrochemical Machining can construct a fully-functional and robust firearm in their home with minimal effort and expense, the obsolescence of the FCA is all but confirmed. Which again underlines the unrivalled importance of strong and effective policing as the most significant driving factor in fighting crime.

The Wits report’s findings and recommendations make it patently clear that further restrictive amendments to the FCA will not only be ineffective at addressing violent crime, but the unintended negative externalities inherent to such restrictions will in fact exacerbate matters.

To effectively combat crime, the focus must be on policing itself – “authorities need to shift their misplaced, unconditional faith in the ability of the FCA to solve crime to policing.”

The CSP Deliberately Deceived the Public and Parliament

As previously stated, none of the aforementioned conclusions and recommendations are remotely controversial. They are grounded in good data, and the sound interpretation and quantification of that data. Yet this report was hidden from public view for nearly six years. And the CSP only released it after several organisations and private individuals threatened court action.

It is staggering that the CSP, after obtaining the research they themselves commissioned at tax-payer expense, not only hid the report but acted entirely contrary to its findings and recommendations. This is in itself a damning exposé of dishonesty and corruption.

The Wits School of Governance report entirely eviscerates the flimsy and irrational arguments manufactured by the CSP for the radical prosed FCA amendments, and by extension their chronic obsession with civilian disarmament.

It is therefore an immensely inconvenient and embarrassing truth, which paints a picture that is 180-degrees removed from the CSP’s (and Minister Cele’s) stated position.

And not only that.

The Wits report proves that the CSP, the SAPS, and the Minister of Police have chronically lied to the public and Parliament about civilian-held firearms.

Hence why the poor-quality and highly dishonest Socio-Economic Impact Assessment (SEIA) was so shoddily cobbled together – the CSP needed to manufacture reasons, no matter how disingenuous and untruthful, to mislead the public and lawmakers into supporting FCA amendments that seek to deprive citizens of their licensed firearms.

Gun Control as a Coverup for Chronic SAPS Failure

To further exacerbate matters for the CSP and Ministry, the report’s emphasis on strong and effective policing as the fundamental driver in combating crime exposes the abysmal failure of the SAPS to perform their constitutionally-mandated duties.

The dysfunctional state of the Police Service is in itself an extensive topic for perhaps better suited to another discussion. But considering the cynical attempts by the Minister and the CSP to promote civilian disarmament as a solution for violent crime, in spite of what their own commissioned research says, it is necessary to make mention of just how dire the policing situation is.

With no fewer than three SAIRR Broken Blue Line reports chronicling the myriad of serious problems crippling the dysfunctional Police Service, the National Commissioner of Police admitting to Parliament that it is “impossible” for the SAPS to fulfil its constitutional mandate, and the public viewing the SAPS as the least trustworthy and most corrupt state institution, it is apparent that the Police Service is in the midst of a terminal existential crisis.

Adding to this catastrophic predicament are rolling budget cuts over three years amounting to at least 20% and the collapse of the police’s forensic evidence systems due to non-payment of a critical service provider.

It is therefore patently obvious that the SAPS is in no shape to remotely provide the strong and effective policing our country so desperately requires to bring violent crime under control. This calamitous emergency requires urgent and meaningful attention. Yet there is little indication from the Minister or the CSP that such attention is forthcoming.

When considering the state of the SAPS in the context of the WSG Report, it is reasonable to conclude that any attempts to further restrict law-abiding citizens from legally owning firearms for self-defence (or any other lawful purpose) is not only highly misguided, but atrocious. There is frankly no factual basis for such action.

However, urgently reforming our highly dysfunctional and broken Police Service is of vital importance. This is exactly where all the focus and effort should rightly be. And not on more meaningless FCA amendments.

Written by Gideon Joubert for the Free Market Foundation.

Gideon Joubert is the owner and editor of Paratus, an online resource advocating for responsible firearm ownership. He is also a firearm instructor and security consultant.

Read the full Wits School of Governance Report on the FCA here: CSPS-WSG_Firearms_Report

Critical Evaluation of the… 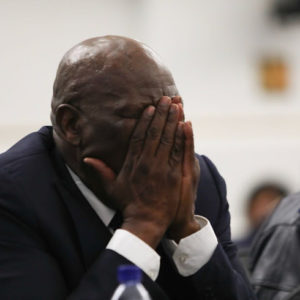 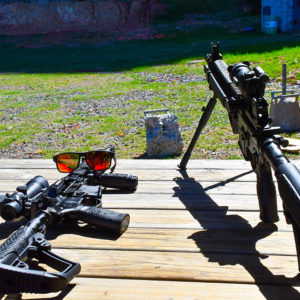