The human ego has probably killed more people than Pol Pot, and a cursory glance through any newspaper will provide ample evidence that it isn’t planning to let up anytime soon. People become deeply emotionally invested in the strangest things, varying from consumer products they happen to buy (probably a derivative of buyers’ remorse), to the performance of sports teams they happen to support, to how other people park their cars.

It is especially regarding that last example that so much woe, pain, suffering, and death revolve. Which is pretty darn silly, right? Yes, one would think that rational creatures such as we claim to be would find it beneath themselves to attack and kill other people because of a simple parking altercation. Yet that is exactly the type of behaviour we far too often seem to indulge in. Often enough for this deadly phenomenon to be given a name: Road Rage.

The worst examples of road rage go far beyond rude gestures, hooting, and tailgating, but ends with a violent confrontation of some sort. All too frequently these violent encounters don’t leave the involved parties with only cuts and bruises, but results in people ending up dead. Because another driver annoyed them in traffic.

I don’t think I even need to elaborate on how stupid this is.

As law-abiding gun owners (and carriers) we understand fully what our obligations and responsibilities are. We sidestep confrontation as much as is humanely possible, and we do not get drawn into situations which can potentially escalate into violence if we can avoid it. At least, that is exactly how we should behave, because someone who carries a firearm for their protection is surely the type of person who values going home safe and sound to their loved ones above all else. Right?

Yet once in a while legal firearm carriers are drawn into exactly the type of situations that they should avoid in the first place, like these two gentlemen from Michigan who became involved in a shootout after pulling over at a carwash back in 2013. Mark Walters from Armed American Radio makes it loud and clear just why avoidance trumps confrontation each and every time:

Always avoid a situation that has the potential to escalate whenever you are carrying a gun.  There should be no exception.  Leave your bravado and machismo at home.  (If you are not responsible enough to do so, you should not be carrying a firearm)

If you can leave the scene safely and avoid a confrontation, do so.

Heck that’s great advice whether you’re carrying a gun or not.  No victim, (and Mr. Pullum appears to be the “victim” in this case) asks to become a victim.  I can guarantee you that Mr. Pullum did not want to die in a car wash parking lot in front of his wife and mother that night…and frankly he shouldn’t have. Will someone please give me one reason not to have attempted further avoidance techniques before confrontation?

Road rage almost always involve two parties: the instigator, and the responder. If the responder doesn’t react to the actions of the instigator, the entire incident can be nipped in the bud right then and there before it is allowed to escalate into something far more serious. I am not claiming that road rage never turns violent due to the solitary unilateral actions of the aggressor, but it is certainly rare.

The cold, hard truth of the matter is that regardless of what your intentions may be in further interacting with an irate driver (or, God forbid, you instigating a confrontation with one), there are some very real risks involved. These risks can result in you ending up in an ICU somewhere, or even a body bag. Is it really worth exposing yourself to the risk of death, or possible prosecution, simply because people are jerks who drive like obnoxious arseholes?

As a legal gun owner you carry your firearm as a last resort in order to defend your life from imminent peril. If you are actively doing things that are going to place you in a position of imminent peril because of a nonsensical reason like a parking dispute, then you need to go take a long, hard look in the mirror and ask yourself if you are even fit to carry a gun at all. Because unlike the imbeciles from the anti-gun lobby, I don’t blame the presence of guns in society for problems caused by stupid people. I happily blame the people. In full.

Mark Walters speaks true when he emphasises that lawful gun carriers are held to a higher standard, and we should hold ourselves to a higher standard. That means behaving in a way that involves taking the high road, being the bigger person, and checking our egos at the door.

Whether you like it or not, as CCW holders, we are held to a higher standard.  We are more responsible than the average citizen and the numbers prove so.  Although the mainstream media are (predictably) using this tragic incident to their advantage to paint all CCW holders as lunatics, the facts, as usual prove them wrong.  This is a highly unusual occurrence and there are few if any examples of this happening amongst the tens of millions of law-abiding CCW permit holders across the nation.

Let this tragic incident be a lesson to you whether you carry a gun or not.  Avoid confrontation at all cost and only use your weapon as a last resort when your ability to escape has been exhausted.  Mr. Pullum and Mr. Taylor should have never met in that car wash parking lot.  Their confrontation and subsequent deaths were avoidable and the result of poor decisions made by two people who should have known better.  Period.

Avoid road rage. Avoid confronting angry road ragers. Keep calm, keep your side clean at all costs, and only respond if you are left with no other option. Stay safe out there. 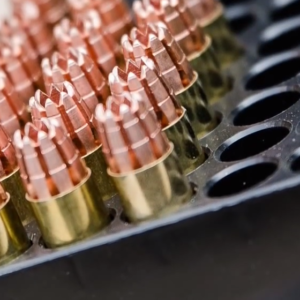