South Africa has a high crime rate. We know this. We also know that the South African Police Service is still the most effective organization equipped in addressing crime holistically. Allow me to reiterate that HOLISTICALLY part. I have written on numerous occasions that no police force anywhere is tasked with protecting an individual SPECIFICALLY. Let’s put a pin in that topic and circle back to the meat and potatoes of this piece.

Acting National Commissioner Lt. Gen. Khomotso Phahlane fairly recently launched a strategy of returning the SAPS to its basic foundation in an effort for all members to reconnect with the core fundamentals which form their ethos of being police members. This “Back to Basics” approach, in principle, is a well proven strategy and underscores one of the key fundamentals of management; reconnect with stability.

So what should a basic police member look like? I mean that is the essence isn’t it? We the people want a police member on the beat who is there to enforce the law and uphold the peace. Now not every police member has that mission, and there are much needed specialized roles for police, but fundamentally these core BASIC principles are what should be the key to all police members no matter what their task is.

Discipline. Yes, it is that simple and also that complex. Discipline is far more than saluting a senior rank, shaving, or polishing your boots because you may face adverse consequences should you fail in doing so, but rather it is the integrity to do all of these things because it is part of who you are. You know deep down that to be true to your calling as a police member, you need to adopt the ethos of the organization which empowers you with that office. The realization that you physical appearance and your adherence to the structure of the service is a key element in how you conduct the service’s business. When I, or indeed any other complainant, turns to the service at a critical and often deeply troubled part of our life, we need to see that you bring that service at its best to help me at my worst! You have got to bring it.

Integrity. Alongside discipline my expectation is that a police member must have integrity as part of his or her DNA. Loyalty to the law and to the calling of a police member must be paramount. If we want to enforce the law, we need to uphold the law, by our example, because that is the true value of leadership. We the people expect you, our police members, to be leaders in terms of upholding the law and keeping the peace.

Loyalty is clear and cut. There should never be politics in policing. You are there as a servant of the law, the book that binds us together as a community. Your loyalty is not to any of the individuals in the offices of your chain of command but rather the office itself. Your loyalty is also to your craft as police officers and your blue family. You owe it to the public to explore and grow in expertise in your craft. You owe it to the community, your craft, and your calling to be loyal to your brothers and sisters in blue

Competency. Yes, competency is a core value…are you kidding me? Of course it is. If you don’t know that you are a servant to the law, how can you even know the law, never mind enforcing the law? Yes members: our community expect us to know the law that we enforce and the methods we use to enforce that law as the professionals we are. You as a police officer need to understand the concepts and the principles of law, you certainly need to understand the key legislation, and you continuously need to develop and build upon that knowledge. You should also prioritize training, whether it be your tactical training, your fitness, your specialization skills, or your academic knowledge: you should always be participating in some form of training.

Now if Discipline, Integrity, Loyalty and Competency are the key foundations, or the basic building blocks of any police officer, why is the throughput of Nat Comms strategy being misunderstood? I certainly am not seeing effective communication from the broad spectrum of police middle management reinforcing practical methods of seeking those basic concepts. What I am seeing, is a misinterpretation of the concept of “Back to Basics” being understood as being “Back to Old”. That, fellow citizens, is most certainly a stupid strategy to follow.

I have seen numerous station and unit commanders who will not allow their members to utilize modern, proven LIFE SAVING equipment such as privately bought Safariland duty holsters, because it is not issued by police logistics, and using BACK TO BASICS as the excuse.

I have seen middle management insist that members not use Hi-Tec or Original SWAT Boots, despite them being of far superior quality and of identical appearance to the awful FUEL boots on issue, because (you guessed it) “Back to Basics”.

We don’t want to invest in upgraded body armour, but insist on reiterating the same old obsolete design because it is what we have always had.

I have seen a room full of senior police generals stare slack jawed and mystified at some civilian anti-gun lobbyist telling them not to use the R5 rifle, despite the clear need to do so…and then for them to go out and agree with her, because “Back to Basics”.

Looking to external policing agencies, especially if those agencies are American, is almost always met with derision and scoffed at. They don’t share the basic issues of policing in South Africa I have heard, but no effective and innovative alternative is ever explored. We are stuck in our 40-year-old rut and repeating the cycle because of bureaucratic inertia and a misunderstanding of BACK to BASICS.

We take the shotguns away from station members because the same civilian anti-gun lobbyist has convinced senior management that crowd control is not a basic police function. This despite the FACT that current Crowd Control is the MOST SIGNIFICANT threat facing station and shift members today. YES: the most significant threat.

That’s not BACK to BASICS that is Back to Stupid. Come on ladies and gentlemen, when are we going to get real? The men and women in the SAPS, and indeed the other policing agencies, are special. They really are. They give us a great deal and for very little in return. We owe it to them to insist that their middle management and indeed in some cases the senior management stop treating them like pawns and start getting real with policing today.

The Myth of a… 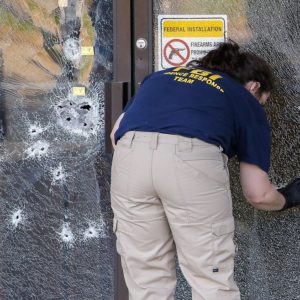 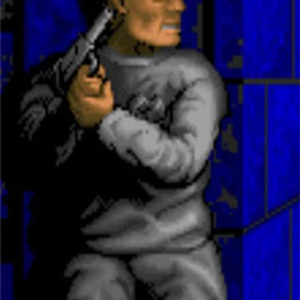