All three court cases relating to the issue of expired firearm licence cards are being heard simultaneously in the North Gauteng High Court today.

A brief summary of the three cases and their principle parties are provided by Martin Hood on his Facebook page, and is as follows:

Such is the lay of the land at the current moment. Considering that these cases will very likely need to finalised by the Constitutional Court, the chances of any short-term relief for the affected parties (ie. the expired licence card holders) seems slim at best.

What is obvious is that the SAPS and the CFR have repeatedly failed at effectively, efficiently, and honestly administering their own systems. The CFR is also guilty of misinterpreting the law in various ways over the years, as is evident by the large number of specious and unlawful licence refusals they indulge in.

This means the engaged parties have a very strong case, but that you may have to hang-in there a little while longer before getting closure.

In the meantime, firearm rights organisations have had much success in staving-off unlawful activities by the SAPS, specifically Western Cape FLASH, who were hammered by the Civilian Secretariat for Police after GOSA’s legal team and 10 Western Cape firearm dealers lodged an official complaint against the intimidation and threats they received.

The gates will have to be guarded for a while to go still. 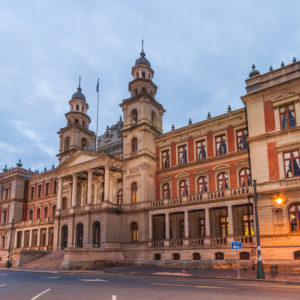