The firearm owning community has had a good year, all things considered. An urgent High Court interdict has slapped the whip from the police’s hands, and they will no longer be allowed to confiscate private property and prosecute people for having expired firearm licences. Additionally, the SAPS had to cease and desist with their media campaign of intimidation and coercion.

As you can imagine, the SAPS’s brutal flagellation at the hands of the North Gauteng High Court has left several senior SAPS management noses firmly out of joint. Sadly for their collective septum, the pain train hasn’t quite left the station yet – Martin Hood’s Fidelity court case is poised to bring even more agony and humiliation to the dysfunctional Police Service and its management.

The most important part of the GOSA main application, is the elimination of the firearm licence renewal regime altogether. The purpose supposedly served by constant licence renewals is more than adequately covered by numerous other sections of the Act.

As it is written, there is literally no point to renewing a firearm licence – it serves only to add an unbearable administrative burden to a system already imploding under excessive paperwork. Even lawmakers who are pro-FCA will struggle to find societal benefit in something that may literally collapse the entire CFR. And so-doing the Firearms Control Act itself.

This main application will only be dealt with by the court next year, so for now the status quo remains.

This brings me to a troubling development within the firearm owning community. As positive and heartening as the court victories are, I notice an eruption of a new kind of Fuddism. One where those who sit with expired firearm licences are collectively thrown under the wheels of the bus by the rest of the community.

I understand that this type of prejudice stems from a lack of understanding and information. So let me put it thusly: I have seen countless examples of people who couldn’t renew their firearm licence on time, through no failing of their own, but because they were let down by the SAPS.

There are many areas where DFOs are chronically absent, or not appointed at all. Many people were illegally turned away by their DFOs when they attempted to renew, for a variety of invalid reasons. Some were deployed out of the country, and could only renew upon their return – at which point it was too late. Others again were hospitalised and unable to do the required paperwork on time. The list goes on.

Allow me the presumptuousness to remind you that before the SAPS in 2016 illegally and in secret deactivated the IT functionality that allowed late renewals to be captured on the system, people with expired licences could merrily renew those licences without a problem.

The system was sabotaged by the SAPS, and so-doing they created a crisis which bordered on a national security catastrophe.

Considering the SAPS’s atrocious track record regarding the safekeeping of arms and ammunition in their custody, it is a relief that they are prevented from confiscating 440 000 firearms and over 60 million rounds of ammunition. Weapons and ammunition of which a great number would certainly have found their way into criminal hands. A disaster we averted at the 11th hour.

Let me also remind our community that those of you who are willing to sacrifice your compatriots on the sacrificial pyre of self-righteousness, are doing so because they neglected to do paperwork on time.

The gigantic and inexcusable sin these people committed, was to be tardy with their paperwork.

Criminally prosecuting someone and confiscating their private property because they neglected a mundane administrative task is perverse to the extreme. It is tyrannical. It is authoritarian overreach the likes of which no democratic society should be subjected to. And, if you read its judgement carefully, the Constitutional Court agrees with this view.

On the back of such victorious litigation, our community must cease with this unnecessary division and find unity where we can. The same organisations who seek to see all civilians disarmed are still at work, and they still enjoy disproportionate attention from the media and politicians. As we this past Sunday again learnt.

We sink or swim together, fellow gun owners. And there are powers arraigned against us that would see us all at the bottom of the briny deep. They may come for the handgun owners first. And next for the sport shooters. And by the time the hunters find themselves fighting for their gun rights, there will be nobody left to speak for them. But they cannot take us all on together. And they know this. 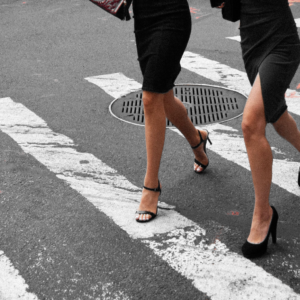 Crime Targeting Women - What Can We Do About It? 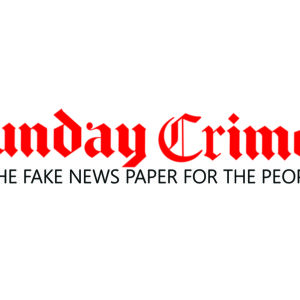