In each and every country that I have driven a car in, there were maximum speed limits. These limits differed from nation to nation, but the general idea remained the same. It is not unreasonable to assume that speed limits on roads is a universal occurrence. This tells me that it does in fact keep people safe and out of harm’s way.

We can say the same about drinking and driving. The allowable blood alcohol concentration will differ from country to country, but the general idea is the same. If you are drunk: don’t drive. It is safer for everybody that way.

There are other universal truths in this world that will keep you safe. Don’t run with scissors. Don’t jump into water without first knowing how deep it is. And if she has an Adam’s apple, she is a dude. But I digress.

Politicians, GFSA, and the hypocrites of Hollywood would have us believe that if there were no guns in private hands, we would all be safer. You and I, dear reader, know that not to be true. So there is no sense in me preaching to the converted by regurgitating well-known examples and facts to the contrary.

When I started writing this blog post, I was spewing fire about the stupidity of bureaucrats who would not allow suppressors in our state. In their not-so-humble opinion it was not safe. Therefore, not allowing the use of suppressors was for our “safety”.

If it was for our safety, then why the hell are there other states in Germany where hunters can buy and own suppressors? There is not even a universal truth to it.

In the nanny state of the UK, where they removed almost all guns and have restrictions on buying kitchen knives (for the people’s safety), it is possible to buy a suppressor without even owning a center-fire rifle! And to just to mess with logic and reason further, in the USA (where they have the Second Amendment) a person cannot possess a suppressor without first paying a $200 Tax Stamp. This process can take months. But again, I digress.

This writer’s attempt at a fire-spewing literary masterpiece started to take shape on a Monday morning, but was interrupted that very afternoon. The bureaucrats in charge released a statement that hunters in my state (Nordrhein-Westfalen ) will be allowed to use suppressors immediately. In spite of my joy, the cynic in me wondered what made owning a hollow pipe with baffles unsafe on a Sunday, but perfectly safe the next Monday?

It occured to me that the people in charge of making laws and rules don’t have a clue. Worst of it all is that we let them get away with it.

My cynicism was not unfounded.

The original plea for the use of suppressors was to protect the hearing of the hunters and their dogs. Our four-legged canine friends still play a vital role in hunting practices here in Germany. It doesn’t seem illogical to want to protect their hearing too.

The ministry responsible for the regulation of suppressors have in their combined wisdom decided that each hunter is only allowed one suppressor. And only for calibers in the 6.5 range and bigger. So, for our “safety”, hunters can protect their hearing and that of their dogs while shooting their 308 or 7mm Rem Mag. But those same hunters may not protect their hearing when shooting their 222, 243, or 223 rifles.

The point to my irritated muttering is this:

We let the politicians and unelected paper-pushers get away with murder. Most of us blindly accept that their position of authority means that they know what they are doing. We trust them too easily with “our safety”.

Instead they should face an uphill battle with every piece of nonsensical and illogical regulation they want to push through. I have a suspicion that the paper-pushers in this particular instance based their opinion regarding suppressors on movies. We know better. And if we don’t educate them we are going to have to deal with their illogical and oppressive rules and regulations. It’s people like Paratus.info and GOSA that are fighting for us. Support them in which every way you can.

Theunis is a South African living and working in Germany. An émigré, albeit less pretentious. He owns several guns in Germany, and participates in numerous sport and hunting disciplines there.

Welcome to Paratus: Where… 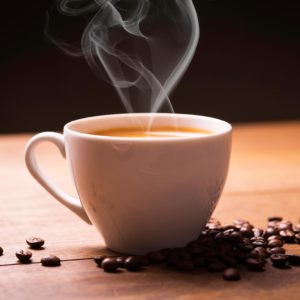 Welcome to Paratus: Where to from Here? 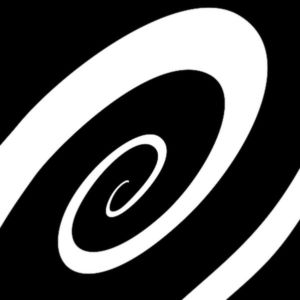 Gun Free South Africa - Who are they and what are their aims?