The title may be somewhat melodramatic. The concept perhaps a misplaced theory.

But the lasting effects of the global pandemic, and the global depression resulting from our knee-jerk reaction to it, is very real. While everyone everywhere is plotting on returning to normal, a few aspects of this might prove harder to incorporate into our schemes.

One aspect is the fundamental changes brought to many societies. In SA we are contemplating a shift to a wholly state-controlled communist society. Various ministers have openly spoken of class suicide, lockdown measures extending past lockdown, and radical economic reform.

Many of us realise that we will be lucky to still have jobs in a year. Business owners are already deciding who to keep, and who to retrench. If they aren’t closing-up shop entirely.

One of the major upshots from this process is the number of people working from home now. And that is the origin of the problem.

Over the past weeks many academic fields have looked at increasing automation. From theoretical physics to biologists, many are looking at altering processes to continue working, while limiting the number of people in the process.

We have known for decades that the greatest threat to employment is plant automation. Where once there stood massive factories with production lines of hundreds, there are now robotic assembly lines making more product, faster, better, and cheaper. Everything is built by machines now.

With everyone excited about the opportunities inherent in the Fourth Industrial Revolution, many of us are looking to increase our skill base. Where as little as ten years ago one could still get through life without being computer literate, we now live in a techno-society that actively shuns those not capable of functioning in an electronically-driven working environment.

And then came this pandemic. If we study the global reactions to it, I feel we will likely see more global lockdowns in the future. This will probably prove to be the standard response to any disease that spreads like, well, cold and flu.

That, or we realise this is not a good plan. And agree to never do it again. Unless it really is the only way to stop the species from going extinct. Looking at global population growth, it will have to be a really motivated germ to make any real dent in our global population.

Be that as it may, the current crises are forcing automation and staff cuts in virtually all industries. And in basically every country.

Here is where the machines (and the automation) rise

We are likely locked into a death spiral that forces automation. This leads to further unemployment. Which cuts economic growth more. Which will force further automation. If a company wishes to remain relevant.

Again, we need to look at things from a different perspective. We think in terms of automation being the installation of robots in factories. But agricultural automation is massive. Where there were once hundreds of seasonal workers traveling from farm to farm, picking everything from citrus to grapes and digging up potatoes, we now have machines filling most of those roles.

The small farms that still rely on human labour might not survive this global crisis. Large corporate farms probably will. But they will approach this as a cost-cutting exercise, and scale down human capital in favour of automation.

Companies might have had an accounting department with three or four accountants. But we can’t pay three people anymore, so automate with new software. Instead of having a great team, you have one accountant doing data capture and an IT tech to run the computers.

Self-service tills at supermarkets are already increasing. In SA we are so indoctrinated to have a cashier to scan groceries, and a packer to load them in bags, a trolley jockey to push it to the car, and a car guard to wave you out of your parking spot, I doubt we would be able to feed ourselves if we had to suddenly scan and pack our own corn flakes.

How about filling your car? Checking tire pressure? I was surprised to learn many people can’t even use a compressor to pump a tire. Working a petrol pump is not rocket science. But most of us are too lazy to even get out of our cars. We just let the three attendants fill the tank, check the fluids, wash the windshield, and bring the card machine we cannot operate to our windows.

Next time you are in the bathroom, instead of playing Candy Crush or stalking your favourite celebrity, just think, logically and chronologically, how much of what we do in a day is done for us by a minimum wage worker.

Do not tell me we will be giving this up if a machine can do it for us.

So, now for the moral of the story. We have all seen the memes of using this time to get a new skill, start a side hustle, or some other character-improving activity. But some skills will have far greater value than others. We need to identify which skills we could use when the machines take over.

I would define skills as falling into three categories: Basic skills, Higher skills, and Esoteric skills.

I am spending my time on these. These are the skills that lead to the basics of life. They are often very difficult and complicated, and not basic at all. Rebuilding a car engine is not a simple task. But we need cars to do all the basics further than 5 kilometres from where we live. Understanding meteorology might allow for putting off planting that new vegetable garden for a week. But the improved weather might then in turn lead to a 10% increase in crop yields a few weeks later. Basics keep you alive.

These are the skills that allow you to add value to society. They are fluid and dynamic. Programming in three computer languages allows for transfer between various fields easier than specialising in one. High skills require higher effort to remain relevant. Once you learn accounting you can stay an accountant. Yes, you need to keep current, but the principles remain mostly the same. Learning to operate the new supercomputer that will be replacing the entire accounting department might require the operator updating as often as the software.

The things we don’t need to live, but might well make life worth living. Playing a musical instrument doesn’t make for great income opportunities. You can’t eat art, unless it’s a macaroni sculpture. But these will still have some value. The thread that runs through all survival stories, be it sickness, concentration camps, financial hardship, whatever, is to keep going and not to lose hope. Having something inconsequential to look forward to after a day of warring with the neighbouring tribe might just make enough of a difference that we don’t mind eating a rat all that much

While there are useless skills, meaning those skills that are no longer relevant and will disappear without anyone really noticing, these are not really what I mean with useless. Clockmakers and Enamellers might just make a comeback.

But I dearly look forward to a professor of gender studies telling the unstoppable killing machine that shooting men first is sexist, and supports the patriarchy. Imagine that. The cold, calculating AI that decides if you add enough value to justify the expenditure in energy to keep you from freezing patiently listening while the snowflake drones on about the colour of the euthanasia machine being a microaggression to paraplegic Eskimos.

Useless skills are the fields, mostly academic and theoretical, that only add value because they tell us they do. Professions that support the bureaucracy by building and expanding the bureaucracy to ever more elaborate heights. If this triggers you, you are probably in one of those parasite faculties. Stop that. Learn something useful.

While we all hope things will go back to normal, it’s also important to keep in mind that hope can do as much damage as it does good. While we hope to return to our previous lives, we might be better off doing something that makes our previous lives redundant. Instead of hoping we could be building skills and working at creating new opportunities.

More optimistic than I normally am, I know. Not all of us are going to vaporise in the first strike however, and after that it’s basically just trying to not be hungry and avoiding boredom. Might as well learn to build a pot still. The rat goes down better with a cabbage wine reduction. 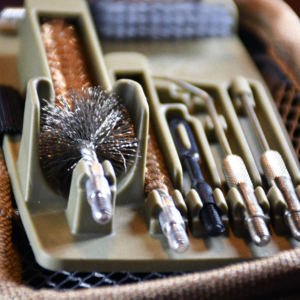 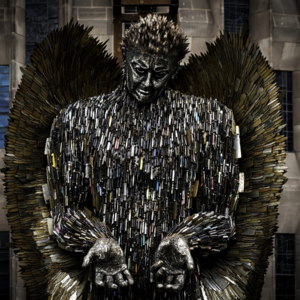