Knife bans and gun prohibitions do not work. You cannot modify behaviour via the regulation of objects. It is an exercise doomed to complete failure.

This topic came up during an interview on RSG last Friday. A gentleman from the Cape Flats was very upset with the fact that we haven’t completely banned guns yet. He made mention of the number of murders and drive-by shootings perpetrated by gangsters, and was appalled that criminals can still gain access to guns. Now, I addressed the usual facts – like how the SAPS lose 8 times more guns than civilians – but I feel like I need to unpack this issue further.

Many people still don’t understand that the vast majority of murderers in SA use sharp objects to perpetrate their crimes. If we truly believed that the regulation of items is the answer, then we should start there.

Obviously, we realise that knife laws are impractical and have never worked anywhere they are implemented. That’s why we don’t have them. They are unenforceable and ineffective. And they only succeed in turning ordinary people into criminals. Which most people see as an unacceptable social cost. The same goes for gun laws. Which is why there are thousands of so-called “gun crimes” in London every year. And even more so-called “knife crimes”.

But please don’t take my word for it.

In 2019 criminals perpetrated over 9700 so-called “gun crimes” in the UK. Firearm offences in Britain have been trending upwards, and increased by a massive 27% over the last five years. This in a country which banned civilian ownership of handguns and semi-auto rifles. And severely restricted ownership of what remains. Yet not only did crimes perpetrated by use of firearms fail to disappear, they are actually increasing.

The same goes for knives. British knife laws require the person carrying said knife to have a “good reason” for doing so. Unless it is a pocket knife with a non-locking blade no longer than 7.62 cm. Now, the British authorities haven’t published the aforementioned “good reason” anywhere. That’s because a court must decide whether or not your reason for carrying anything more vicious than a basic Victorinox is indeed valid. British police have sweeping powers for dealing with so-called “knife crime”. Which makes it very easy for them to behave overzealously and criminalise innocent people for the silliest reasons imaginable. Like when armed police tasered an electrician four times when confronting him about a screwdriver he forgot in his pocket.

Again, in spite of these regulations and efforts, British “knife crime” is increasing. England and Wales saw 45 627 knife-related offences in 2019. This is 7% higher than the previous year, and a whopping 49% increase from 2011.

These statistics tie-in with an overall increase of 19% in violent crime in England and Wales. Homicide in England has reached its highest level in a decade.

Surely guns and knives aren’t what is driving all this crime and violence? Especially in society that so abhors and vilifies the ownership of such objects? It is difficult to imagine a country with stricter and more onerous laws pertaining to guns and knives than Britain. And a nation that overreacts so hysterically to their mere mention or presence. Except perhaps for other English-speaking nanny states like Australia and New Zealand.

The actual causal factors and drivers of violent interpersonal crime are, of course, nothing new and unexpected. There are numerous socioeconomic causes, like poverty in London, and alcohol and drug abuse. The existence of gangs, and gang-related activities, are another obvious factor.

None of these drivers are addressed by restricting and prohibiting guns and knives. If that approach worked, then the statistics would be very different. But they aren’t. And that’s because you cannot modify behaviour via the regulation of objects.

Knife and Gun Laws turn Citizens into Victims and Criminals

The only thing you achieve by doing such, is to make it impossible (or incredibly difficult) for ordinary people to effectively defend themselves from violent attack.

You effectively turn your citizens into unwilling walking victims. Your bad gun laws make it so much easier for criminals to murder, rape, and rob. Because they know their victims cannot fight back. Therefore, your firearm prohibition and restrictive gun laws protect criminals from consequences. And reduce the opportunity cost of being a violent criminal.

It is a well-publicised fact that you are always your own first responder. But if you are prevented by terrible laws from protecting yourself, then you cannot respond. Your only option is to call the police, and hope they arrive quickly. And while you wait, you will be at the mercy of violent criminals. Remember – when seconds matter, the police are only minutes away. 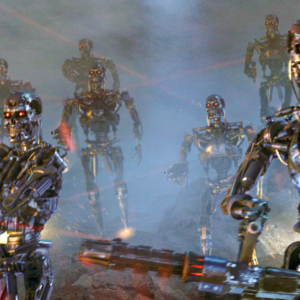 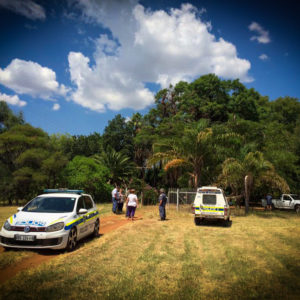