Before we start, let me state that I really despise the term Gender-Based Violence. It infers that the abuse and violence is a result of the victim’s gender. And not the dynamics of the situation in which they find themselves.

Why Gender-Based Violence is a Misnomer

Inferring it is gender-based is also overly simplistic. It effectively assumes that the vector of violence in abusive relationships is always male-to-female. This is certainly true in the majority of cases. But it completely ignores violence when it is reversed (female-to-male), or occurs in same-sex relationships. Same-sex relationships, by the way, suffer the same and higher prevalence of domestic abuse as heterosexual couples do.

So there are clearly more complicated dynamics at play here than a broad brush stroke of “all men are trash”. Or similar, but equally infantile, overgeneralisations that do the cause far more harm than good.

Yes, it isn’t lost on me that the majority of so-called gender-based violence is perpetrated by men. Yet many men also suffer terribly in emotionally and physically abusive relationships. And the same dynamics that trap women in such relationships apply to men. What can help either escape from their situation, ultimately helps both.

Now, even if that figure is horribly inaccurate (as it well may be), it is clear as day that we have a colossal scourge pertaining to rape. Conviction rates are also pathetically low – sitting at just over 8%.

The victims in question likely don’t know their attacker from a bar of soap. Hence I am treating this is an entirely separate issue. One we can lump under violent confrontational or interpersonal crime. But we will get back to this at the end of the article.

There is a huge amount of overlap between dealing with crime targeting women, and addressing a facet of so-called GBV. And this is a helpful coincidence.

Let’s circle back to my issue with the term Gender-Based Violence. The problem we are trying to address is what we better (and more accurately) call IPV – Intimate Partner Violence. Or just plain domestic abuse.

As advocates against gender-based violence claim, the vector of violence is overwhelmingly male-to-female. But men suffer under IPV too. And there is certainly a massive and prevalent stigma that prevents them seeking help. This is sadly a topic for another day, although it is incredibly important.

So, what is the definition of IPV? Intimate Partner Violence is a “serious and widespread problem in which a current or former intimate partner engages in physical, sexual, verbal, or psychological violence or stalking.”

When we talk about this problem, we must be aware that there are numerous complex dynamics at play that make it incredibly difficult to address the scourge. Or as our president calls it, the “Second Pandemic”.

The Dynamics of an Abusive Relationship

A lot of IPV / Domestic Abuse happens in secret and behind closed doors. In many cases family members, and close friends and colleagues are entirely unaware that the abuse is even taking place.

This is due in no small part to the fact that the abuser in most cases successfully isolates the victim from friends and family. The victim feels like they are utterly alone, and have nobody to turn to for help. Which is why far too many cases end in tragedy: suicide, accidental overdose, or murder.

There is also a lot of trauma bonding that takes place. The push and pull from the perpetrator during the cycle of abuse – much of it is emotional abuse, not necessarily physical – creates a type of Stockholm Syndrome effect. When combined with abuse amnesia, it makes it incredibly difficult for victims to feel emotionally capable of leaving the relationship.

In fact, the victim may end up JADE-ing the issue: Justify, Argue, Defend, and Explain why their abusive situation isn’t abnormal. Or why they cannot leave their abusive partner. Examples like “They aren’t always like this. They’re just having a bad day. This is an anomaly” or “I am the problem – I do things that set them off” are common.

The abused victim truly believes what they are JADE-ing. They are stuck in an abuse fog.

To summarise – you have someone caught in a physically and emotionally abusive relationship, effectively isolated from people they can turn to for help, suffering a strong emotional trauma bond with their abuser, and who probably believe that they somehow “deserve” the abuse, or that it is “their fault”. And they are willing to argue this with those who want to help them.

A Framework for Addressing IPV

This is a very difficult problem to solve. And there isn’t a one-size-fits-all approach. Ultimately the only real solution is to get victims out of abusive relationships. And there are two pillars that support this solution framework:

Of course these two pillars sound fantastic and simple on paper. But, as I have repeatedly stated, the dynamics are a lot more complicated. Both these pillars need actual infrastructure and action in order to work. So, how do we do it?

In summary, we need a holistic approach. Abused women need to know that they aren’t alone, and that someone cares about them. Most importantly, we must let them know that they can and should leave abusive relationships before it is too late. And while the process takes place, we can help with resourcing them adequately to protect themselves from further abuse.

When it comes to rapists and abusers, we have to answer a pressing and important question: are we only going to keep asking men to change? Such change will take generations, if not longer. And when it comes to interpersonal violence, time is of the essence. Especially with statistics as horrendous as ours.

Or are we going to empower women to protect themselves from rapists and abusers?

True empowerment is not protesting in the streets and demanding that criminals and abusers change who they are.

True empowerment is equipping people with the mindset, skills, and tools to effectively protect themselves against violent criminals and abusers.

When it comes to the realm of personal defence – and personal safety – the attitudes, skills, and tools are very transferable. This means that you can apply the same physical solution to a potential rapist as you would to a physical abuser. And with the same expedience and effectiveness.

This brings me to two sayings that have become somewhat of a Paratus mantra:

“You are always your own first responder. Nobody is coming to save you.” and “Mindset Leads. Training Feeds. Brands Follow.”

The choice of how we deal with these problems is ours. Time to make it.

How to Carry Your… 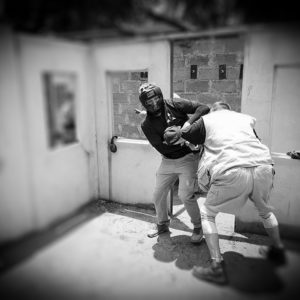 How to Carry Your Gun - Important EDC Considerations 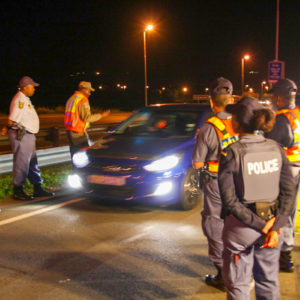