Police Minister Bheki Cele claims that guns are “fast becoming South African children’s greatest enemies.” This is the latest attack of foot-in-mouth disease from Cele, who wears his perversely strong desire for total civilian disarmament upon his sleeve.

As with all things Cele, the things he says are usually far-removed from reality.

When looking at the statistics it becomes clear that only 17% of murdered children are killed by use of a firearm. The remaining 83% are murdered by other means. Which is markedly lower than our national average of around 35% of all homicides being perpetrated by use of firearms.

Every murdered child is, without question, an atrocity. Yet it is beyond disgraceful for the Minister of Police to use the deaths of 17% of murdered children as a plaything with which to advance his dishonest and tyrannical political agenda.

Considering the state of the Police Service – one of near-total collapse and catastrophic dysfunction – and that the National Commissioner openly admitted to this disgraceful status quo in October 2018 already, we must ask penetrating question about why Cele is so unhealthily obsessed with gun control while his portfolio is burning to the ground around his ears.

Take as an example the SAPS’s Firearm Permit (FPS) and Forensic Evidence (PCEM) systems – both of which have been switched off since July last year due to the police’s failure to pay the service provider.

The result of which is that nobody is keeping track of the 500 000-odd SAPS firearms (they are now booked out on paper slips at station-level), and more than 8-million pieces of forensic evidence is in limbo and cannot be connected to 300 000 criminal cases. The latter means that thousands of rapists, murderers, and child abusers may get away with their crimes. And many already have succeeded in getting their cases thrown out of court.

To exacerbate matters even further, Treasury ringfenced money specifically for the purpose of paying the service provider in order to get the systems switched back on. The reason why this hasn’t happened, is because Bheki Cele keeps blocking it.

That criminal cases are being compromised due to missing forensic evidence is atrocious enough. But the pathetic state of the police’s internal firearm control systems is itself a case for alarm.

Corrupt police officers selling guns by the thousands to criminals is a well-documented catastrophe of such extensive proportions, that I do not remotely consider it hyperbolic to refer to it as a national security crisis. Gangsters and criminals used these guns to commit over a thousand murders between 2010 and 2014. Among the dead were 261 children.

And there is no indication that this sordid practice is diminishing. In fact, police officers selling guns to gangsters appears to be a roaring trade.

Cele’s sudden outpouring of concern about guns killing children is therefore bitterly (and insultingly) ironic. The SAPS lost more than 26 000 guns between 2005 and 2017, and nearly 10-million rounds of ammunition. Numerous police stations have been specifically targeted and robbed of firearms and ammunition over the past year – the latest incident being barely a week ago.

In the words of POPCRU, “This brazen attack is part of a continued sequence of attacks targeted at law enforcement officers across different provinces, having left many officers either injured or deceased.”

It is therefore hardly surprising that our homicide rate is now at its highest since 2008, having increased every single year since 2011.

One would think this unadulterated disaster would be enough to elicit some clarity of thought and action from Cele. Yet – as he has repeatedly shown us throughout lockdown with his idiotic crusade against beach-goers, alcohol, and cigarettes – there is no petty tyrannical excess beneath Bheki Cele. And certainly none that he will forgo in order to address the myriad of terminal problems which are plunging the SAPS into existential crisis.

In fact, overindulgence in petty tyrannical excess at the cost of everything else – in his case punctuated with swaggering kragdadigheid – is a well-established personality trait of Cele’s.

And it is in this vein that he continues to blindly pursue his agenda of total civilian disarmament. In spite of 96% of the 150 000 commentators participating in the FCA Amendment Bill public participation process outright rejecting stricter gun control. And against the findings of the government’s own commissioned research by the Wits School of Governance that explicitly recommends against stricter gun control.

Cele’s words and actions run contrary to reason, rationality, and democracy. He appears unbothered by (and certainly uncommitted to fixing) the state of the SAPS. Instead he seems wholly committed to accelerating the decline and dysfunction of policing, and so doing denying justice to victims and law and order to entire communities.

In light of everything above, it is patently obvious that the greatest enemy of South Africa’s children is Bheki Cele himself. And the President who appointed him and now steadfastly refuses to fire him. 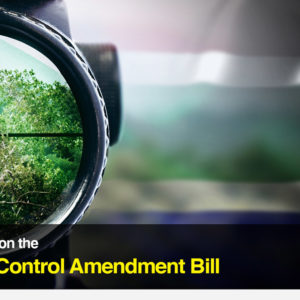 The Government Hasn't Given Up… 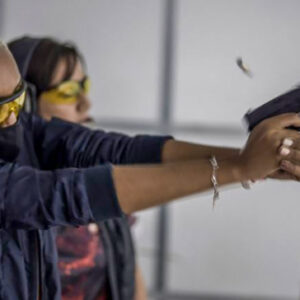 The Government Hasn't Given Up on Total Civilian Disarmament